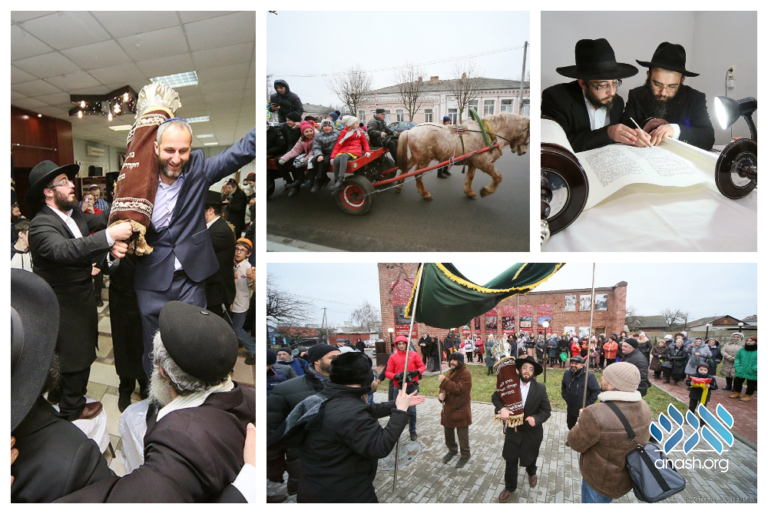 Once considered the “Jewish capital” of Belarus, Bobruisk’s Jewish community has been making a comeback after years of persecution. This week they celebrated the completion of a new Torah scroll.

The entire community came together to partake in the celebrations, which began in the ‘Jewish Court’ – an open-air museum in progress – and danced through the streets to the city synagogue for the welcoming ceremony. The police closed traffic on the city’s central street to allow the procession to march freely.

“This is a historic event for the city,” said Bobruisk Chief Rabbi Shaul Hababo. “Seeing such a big demonstration of Jewish presence in the city is unprecedented.” Many honorable guests from all over Belarus attended the ceremony, including regional officials and rabbis from Minsk, Mogilev, Grodno, Brest, and other cities.

Bobruisk was once considered the “Jewish capital” of Belarus at the turn of the 20th century, with many prominent Jewish intellectuals, artists, writers, and religious leaders living and working there. During the war and the Communist period, Jewish life in the city was diminished to the bones, with synagogues closed and the Jewish population expelled or murdered. Since the ’90s, the community has been working hard to preserve and captivate the city’s Jewish heritage and make it accessible to the general public – an undertaking that is now beginning to come to fruition.