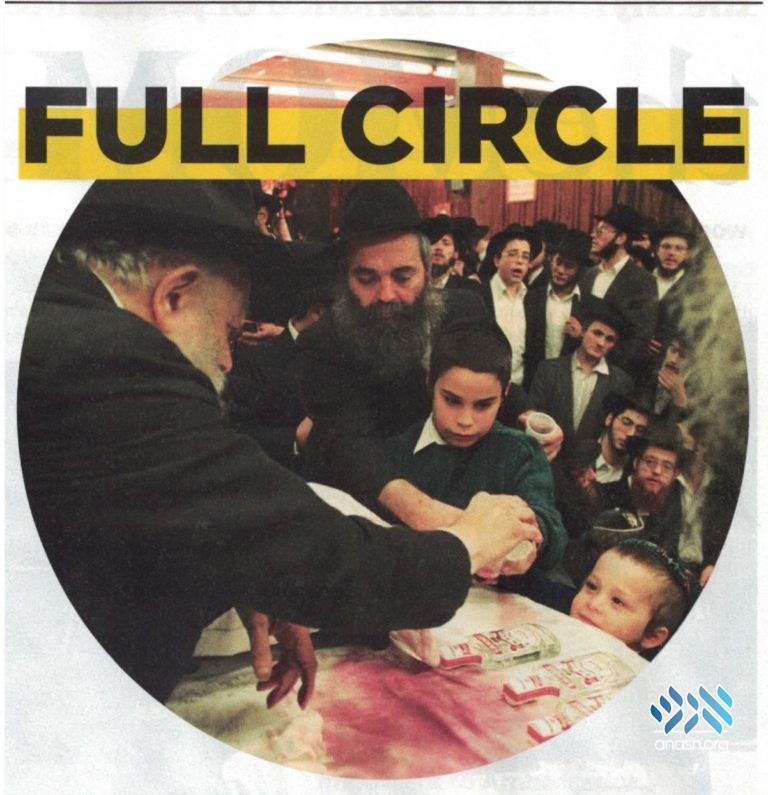 Last month, Mishpachah Magazine featured an article about JEM that contained a story about the Rebbe. After the publication, the story came full circle, and the conclusion was printed in this past week’s magazine.

Several weeks ago, in a Mishpachah article about Jewish Educational Media (JEM) and their work in maintaining the legacy of the Lubavitcher Rebbe, a story was included about a bochur named Zalman Lipsker, who was sent late one night to lay tefillin on a Jew from Long Beach.

The day after the article appeared, Rabbi Lipsker received a call from a reader, who introduced herself as the daughter of Louie Shelder, the man to whom the Rebbe had sent the teenage Zalman.

For Zalman, it was just another mission – but the woman on the other end of the line filled in the rest of the story. That encounter with the bochur and the tefillin impacted Louie, bringing new light into his home.

Today, the caller said, she is a mother and grandmother of a frum family, all because of that long-ago visit. She reminded Rabbi Lipsker of how her father wanted to pay for the service, but the bochur refused to accept that. Louie offered wine, which the boy turned down because it wasn’t kosher, so Louie tried once more, giving him a bottle of whiskey. The young man accepted the gift and brought the bottle to the Rebbe’s secretary.

At the farbrengen that Shabbos, the Rebbe called young Zalman Lipsker up to give him a yasher koach and hand him a l’chaym from that bottle. “L’chayim,” said the Rebbe, perhaps visualizing the long-term results of the brief encounter