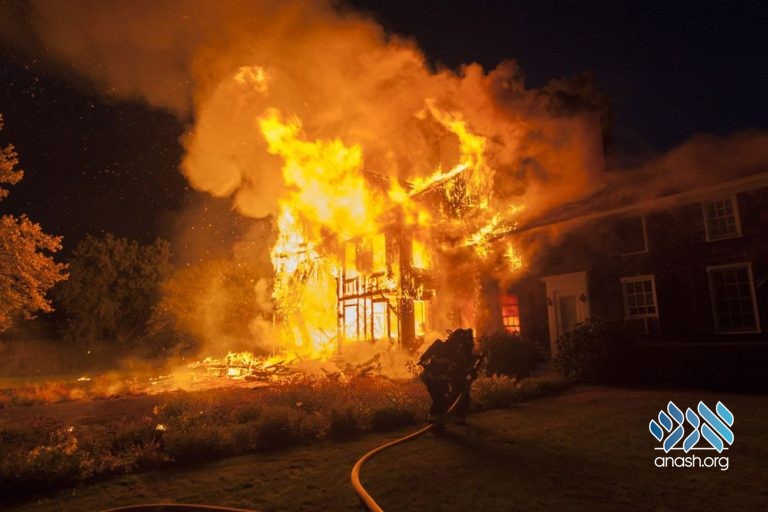 Melave Malka story: Shortly after the Alter Rebbe sent a messenger to two of his at chassidim, a harrowing incident occurred in their city. What caused them to experience it so differently from each other?

By Sholom Avtzon for Chabad.org

The Alter Rebbe once sent a messenger to two devoted chassidim living in the same town. The messenger met with the first chassid. “The Rebbe sent me to tell you that he is in need of funds [for one of his activities],” he explained.

“How much does the Rebbe need?” asked the man.

“He didn’t specify an amount,” the messenger replied. “He simply instructed me to give you this message.”

“If that is the case,” he replied, “please wait a few moments, and I will put something together immediately.”

He searched through his house and collected all the money he had available. Handing it to the messenger, he said, “This is all I have in my possession at the moment. Please bring it to the Rebbe, and I will see what else I can do.”

The messenger accepted the money and made his way to the second chassid. Once again he was greeted with the utmost respect, and he repeated the Rebbe’s message, receiving the same response: “How much money does the Rebbe need?”

“He didn’t specify an amount,” the messenger replied. “He just instructed me to give you this message.”

“In that case,” the man decided, “I will travel to the Rebbe tomorrow and ask him how much he needs, and I will give him whatever he requests.”

When the messenger returned to the Alter Rebbe, he handed the Rebbe a single envelope, identifying the person who had given it to him.

“And what about the second individual?” inquired the Alter Rebbe. “Did you visit him as well and relay the message?”

“I did,” explained the messenger. “But since he didn’t know how much money the Rebbe needs, he said he will come here tomorrow and ask the Rebbe directly. He is prepared to give whatever amount the Rebbe specifies.”

“The only question is,” the Alter Rebbe murmured, “will that be before or after the incident?”

Baffled by the Rebbe’s cryptic words, the messenger left the room and went home.

The following morning, the first chassid awoke and traveled to the Rebbe at once to ask him if there was anything else he should do. As soon as he entered, the Alter Rebbe told him: “You should leave from your town to a new location.”

Hearing these words, he immediately returned home and sold or gave away most of his belongings. He loaded his wagon with a few essentials and began to travel, not knowing where to go or what to do. “We will certainly receive some kind of sign that will show us where to settle,” he reassured his family. “In the meantime, we must obey the Rebbe’s instructions and leave.”

The second student also woke early that morning with plans to travel to the Rebbe. Reasoning that it was not proper to travel before praying, he first went to shul. Then he went home, ate breakfast, instructed his employees what to do in his absence, put together a sizable amount of money for the Rebbe, and prepared to depart.

He was just about to board his wagon when a storm broke out, and lightning struck a nearby house. It took only moments for the entire town to become a raging inferno. He barely managed to save himself and his family.

When the Rebbe Maharash told this story, he concluded:

“Both men were eager to fulfill the Alter Rebbe’s request, but with a significant difference. The first chassid understood that obedience is paramount, and one must listen to the Rebbe’s words even if he doesn’t understand them. The second chassid also knew that one must listen. His listening, however, followed his understanding. Once he knew exactly what the Rebbe wanted, he was prepared to fulfill the request in its entirety, but his commitment was based on his own understanding.”