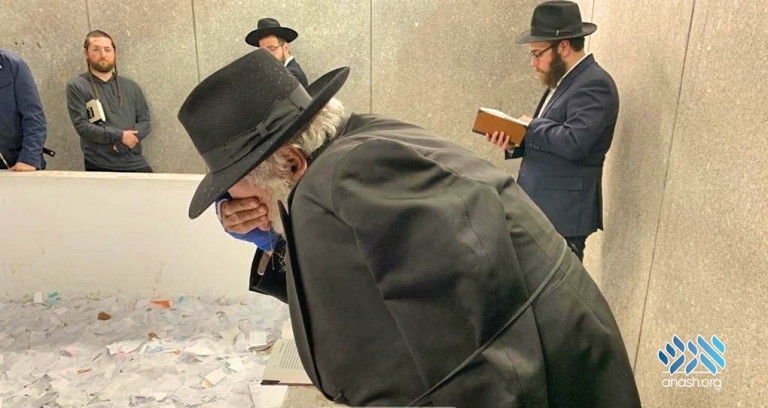 Since the last Shabbos, millions have seen him. His speeches have been heard on every media outlet and his warm and clear messages have been viewed on millions of mobile phones throughout the world.

When they look at him, people see a ¨Jewish Hero,¨ strong and proud in his way of life. He is a role model, an example and a shining light.

Aside from what the whole world, Jews and non-Jews, see, I see yet another heroic character trait from which to gather strength.

The image of the quintessential shliach.

The basic trait of a “shliach” is that he represents someone who sent him. Shliach infers meshaleiach, and Rabbi Goldstein does not miss an opportunity to bring the “meshaleiach¨ to the masses – to millions, and he does this with beauty, refinement and with an outpouring of palpable emotions.

He speaks next to the President of the United States and knows that millions will be watching him. What pride, strength, and honor as he uses the podium to declare, ¨My dear Rebbe.¨

To be honest, Rabbi Yisroel Goldstein was not a famous figure. Until recently, his face wasn’t posted on news sites, and it doesn’t seem that he needed his incredible shlichus work to be publicized for all to see. He is a shliach, shliach of a meshaleiach, and he is busy with what the meshaleiach wants him to be busy with.

He lives Rebbe, he lives meshaleiach, and with pride and in a refined manner he is sure to mention the Rebbe’s name and the message and values that the Rebbe wanted to be shared with the world.

He stands next to the President of the United States, and strikes while the iron is hot, not losing momentum, as he gives over the message as if the Rebbe gave it over to him personally the need for a “moment of silence.” (Indeed, when the Rebbe gave over a message to everyone, it was intended for every single one of us.)

Besides for being a Jewish Hero, he is a model shliach – truly a worthy role model.