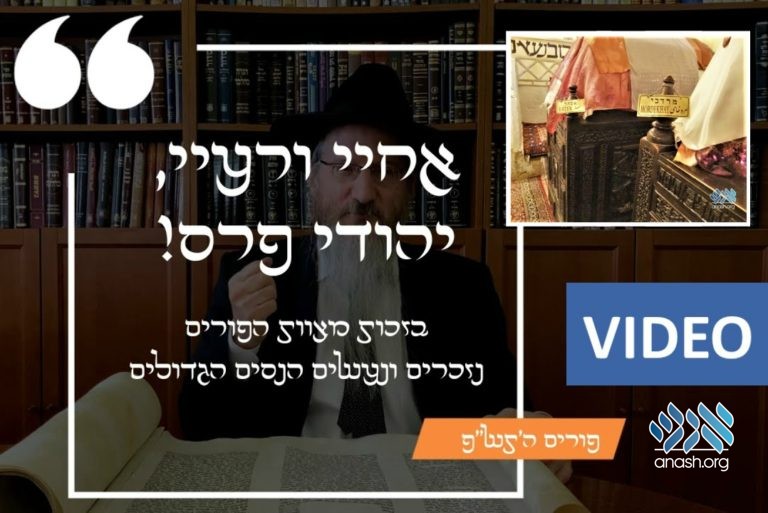 Iranian Jews requested an uplifting message to encourage them on Purim amidst the ongoing corona virus crisis. Rabbi Berel Lazar sent them a video with encouraging words.

Iranian Jews requested an uplifting message to encourage them on Purim amidst the ongoing corona virus crisis. They turned to Russia’s chief Rabbi Berel Lazar, who responded by sending them a video with encouraging words.

In the video he notes that the holiday of Purim is intrinsically connected to Iran, which is the site of the former Persian kingdom, the location of the Purim story. Rabbi Lazar encouraged the Persian Jews to stay upbeat and surely “The Mordechai in our generation is making sure the Yidden of ‘Peras and Modai’ will be fine, and Hashem will make us miracles just as in those days”.

Rabbi Lazar is known to have many connections in the Arab world and has close ties to the Iranian Jewish community.

Recently Rabbi Lazer met with representatives of the King of Bahrain in his office as well as Qatari officials.

Rabbi Lazar even secretly visited Iran as part of an official delegation sent by Russian President Vladimir Putin in 2018.

As a representative of the Jewish community in Russia with no official US or Israeli ties, Rabbi Lazar can meet with representatives and communities of countries that are hostile to the West as well as Israel. Rabbi Lazar has a close relationship with President Vladimir Putin, who straddles a relationship with both Western countries and Israel as well as their fierce adversaries such as Iran and Syria.