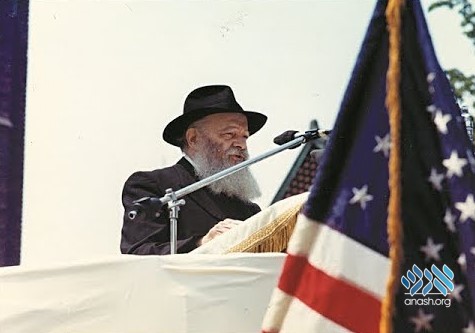 A Moment with the Rebbe: When Scottish-born Mrs. Rosseta Wolfson was confused by the Rebbe’s expression, the Rebbe patiently explained it to her.

The Rebbe taught that every person can be inspired in their own language, with the right wording.

When Scottish-born Mrs. Rosseta Wolfson came to Lubavitch she faced many challenges, and in a private yechidus she poured out her heart to the Rebbe.

The Rebbe said to her in English, “If you try hard, you will pass with flying colors.”

But Mrs. Wolfson drew a blank look. When the Rebbe asked her if she understood the meaning of the phrase, she replied in the negative.

The Rebbe explained that the phrase originates from war ships, which had colorful flags. He continued, “When the American flag was raised and it flew in the wind, the victory of their hard-fought independence was won. And so will be with you. You will have hardships, but in the end, you will emerge victorious!”

The simple phrase, and how the Rebbe patiently explained it to her, struck a chord on her heartstrings. Mrs. Wolfson says that she draws inspiration from these worldly words for her personal avodas Hashem, every day of her life.