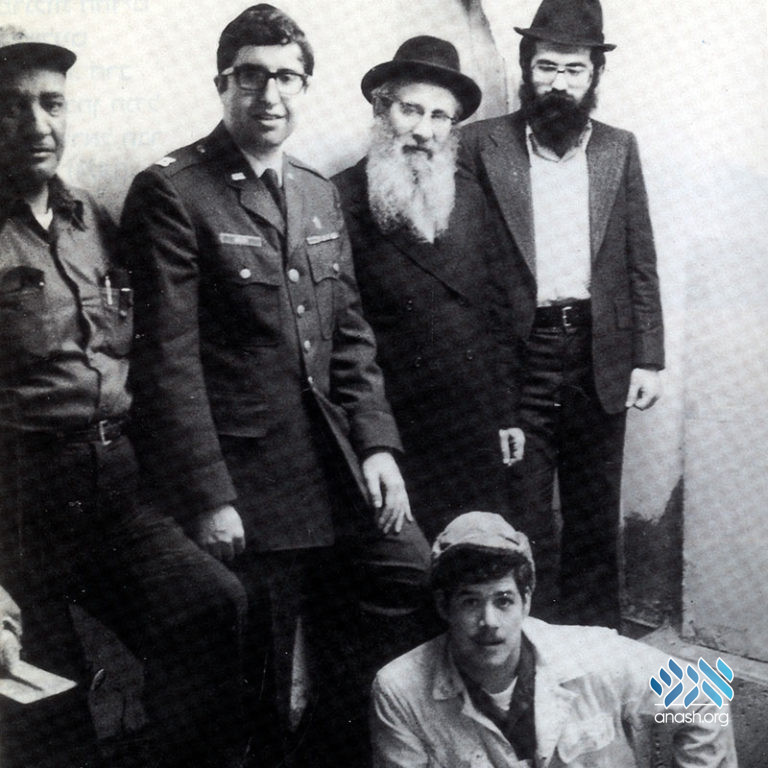 When Rabbi Israel Haber accepted a job as a chaplain at the Elmendorf Air Force Base in Anchorage, Alaska, in 5733, he immediately began to worry how his wife would manage without a Mikvah.

On their way to Alaska, the Habers stopped in St. Paul, Minnesota, and spent Shabbat at the Chabad house there. Rabbi Haber raised the burning issue of the Mikvah with the rabbi. Don’t worry, the rabbi told him. If you get the permits, we will do everything else to build the Mikvah.

At first the Habers thought it would be easy for Mrs. Haber to travel to the Mikvah in Seattle every month. But one flight in the belly of a Lockheed C-130 H convinced them that that was not a good plan.

Rabbi Haber began to take the idea of building a Mikvah on the base seriously. He got clearance from the Air Force and a budget for the building materials. When the plans were in place, Rabbi Gershon Grossbaum, a Chabad rabbi from Minnesota, came to oversee the building of the primitive but kosher Mikvah for the chaplain’s wife to use once a month.

Rabbi Grossbaum informed the Rebbe about the project, and the Rebbe sent a warm letter to Rabbi Haber telling him that he had the great merit to build the first Mikvah in Anchorage “for the Alaskan Jewish community.”

In his two-page letter, the Rebbe wrote that the chaplain surely knew the great importance of the Mikvah, however, as our sages say, one should “encourage the energetic”:

“I wish to express my confident hope that you are doing all you can to make the Mikvah a busy place, frequented regularly, not only by the women who directly benefit from your good influence, but also by their friends and acquaintances who will be induced by them to follow their example. And while this kind of religious inspiration is a ‘must’ wherever Jews live, it is even more so in the city and state where the Mikvah has just been established for the first time.”

Later, at an audience in New York, the Rebbe advised Mrs. Haber to gather all of the elderly Jewish women in Anchorage and encourage them to go to the Mikvah. As the Rebbe often explained:

“A special effort should be made to influence women who have reached the age of menopause, the so-called ‘change of life.’ It should be explained to them that by proper preparation and going to the Mikvah this one time…. It would purify them for the rest of their lives.”

The Rebbe then blessed the Habers, who at the time did not have children, that they should have many children who would become great rabbis and educators.

The couple left Alaska three years later in 5736 and moved to California. In 5740, before traveling to Israel, the Habers had a private audience with the Rebbe. The Rebbe inquired about their young child, about the community in Alaska, and especially about the Mikvah.

The Rebbe told Rabbi Haber that he should fly back to Alaska to check on the Mikvah and “to fix anything that needs to be corrected.”

Rabbi Haber asked how long he should stay there, and the Rebbe said a short visit would be fine. Rabbi Haber flew to Alaska on Friday, checked that the Mikvah was still kosher and in use, and returned to Israel on Sunday.

When permanent Chabad representatives arrived in Alaska in 5751, they used the Mikvah and encouraged others to do the same.

In 5759, the Air Force informed the Chabad representatives in Anchorage that the Mikvah was going to be demolished. A fund was established for a new Mikvah, which was built and is still in use today.