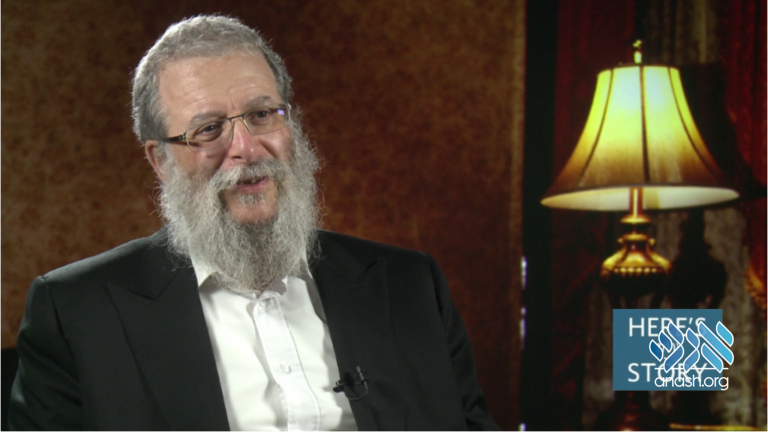 Although I was raised in a traditional Jewish home, I did not become Torah observant until age sixteen. That was in 1968, when Rabbi Shmuel Azimov came to France as the Rebbe’s emissary and began doing outreach work with the young Jews of Paris. I was one of those who learned chasidic teachings with him and was greatly influenced by him.

In 1972, Rabbi Azimov brought a group of us to New York to meet the Rebbe. All of us had just taken the Baccalauréat examinations to enter university, but we wanted to go to yeshivah instead because we had become Chabad chasidim by then. So Rabbi Azimov asked the Rebbe on our behalf what we should do.

I saw the Rebbe’s response. It contained two lists of names – those who should go into yeshivah and those who should enroll in university. Those who were to attend university were meant to do Jewish outreach on campus and to also learn in yeshivah part-time. I was in the latter group, and I pursued secular studies – in law and political science, as the Rebbe specified to me – which eventually led to my working for the French government.

During that first visit to New York, each one of us saw the Rebbe in a private audience and was able to ask him our personal questions. These were submitted in advance – in a form of a note called a tzetel. I recall that when I was admitted into his study, the Rebbe had a pile of these notes on his desk, and he plucked mine from out of this pile. I have no idea how he immediately knew which one was the right one among so many, but he did not search for it – he just pulled it out.

And then he answered my every question – at length and in detail – speaking perfect French. At the time I was already doing Jewish outreach and speaking to groups, but I wasn’t sure if I should continue. I told the Rebbe, “I don’t know if I have enough ahavat Yisrael – love of my fellow Jews – to do this work. I find myself looking down at people, and I’m afraid of becoming arrogant. Maybe somebody else should take over.”

Mine was a very earnest dilemma, and I was trying to be perfectly honest. Indeed, I could not even imagine that I could conceal anything from the Rebbe. He answered me as follows: “You have to do all the things that are good.”

I understood this to mean that I shouldn’t ask questions; I should do what is good because that is what matters – not what I feel, but what I do.

He continued: “So when you see something good to do, do not hesitate. Do it … And you will be a living example for others.” The Rebbe wanted me to be active and to be a role model in this regard; he implied that these two things would enhance each other.

And then he said, “Regarding loving your fellow Jew, you have to learn the booklet called Kuntres Ahavat Yisrael that has just been published. Study it two or three times, and you will see people in a completely different way.”

I did that. I read it three times, and the Rebbe was right – I came to see people entirely differently. Just meeting and talking with the Rebbe that first time totally changed the way I related to the world around me.

In the years that followed, I made it a point of coming to New York as often as I could – almost every year, sometimes twice a year. Once, I recall asking the Rebbe how to be more b’simchah – how to lead my life in a more joyful way. I told him that it was not in my character to be “happy go lucky” and it was especially hard since I was never satisfied with my accomplishments.

The Rebbe answered simply: “When you find yourself being unhappy, remind yourself that you are just a little creature to whom the Creator gave the ability and the privilege to connect to him via the mitzvot of the Torah.”

Until today, whenever I am not happy, I think about the Rebbe’s words and that changes my attitude.

On another occasion, after I was already married, I came specifically to see the Rebbe to discuss my livelihood. I had been offered a better job – an administrative position in the French government – and I asked the Rebbe if it would be wise to take it.

The Rebbe answered me in a surprising way. “It’s not a bad idea for you to change jobs,” he said, “but you have to be careful with keeping Shabbat – especially Shabbat eve.”

I was puzzled by this because I had been keeping Shabbat for quite a while, and it was not something I was going to stop doing.

But little did I know that I was about to be tested.

My superior in the government was an antisemite who wanted to force me to stay late in my office on Friday in the winter when the days are short and Shabbat begins early. When I told him I needed to leave, he said, “Absolutely not, you are not allowed.”

So I went back to my office and decided to sneak out anyway. But he anticipated this and was standing by my door when I tried to leave. I did not know what to do. I was newly married, and I needed this job. But what options did I have? So I just took my things and left. When this man saw me leaving, he could not believe I had the nerve to disobey him. He began to shout, “Why are you going?” to which I answered, “I told you I cannot stay, it is not negotiable.”

He threatened me with repercussions, but on Monday, when I expected to be fired, I was instead called in by the director who said, “From now on, you will have no problems and you can have Friday afternoons off.”

Where this came from, I don’t know. All I can say is that the Rebbe anticipated it and his blessing saw me through.

From that day forward, with all the different positions I’ve held, I never had any difficulty leaving early on Fridays when I needed to. And I have worked in government ever since.

For many years, Rabbi Chaim Shneur Nisenbaum has worked for the French government as chargé de mission. He is a writer who translates, among other things, the videos of the Rebbe to French and has served as the spiritual leader of the Beis Chaya Mushka Shul in Paris. He was interviewed in June of 2015.