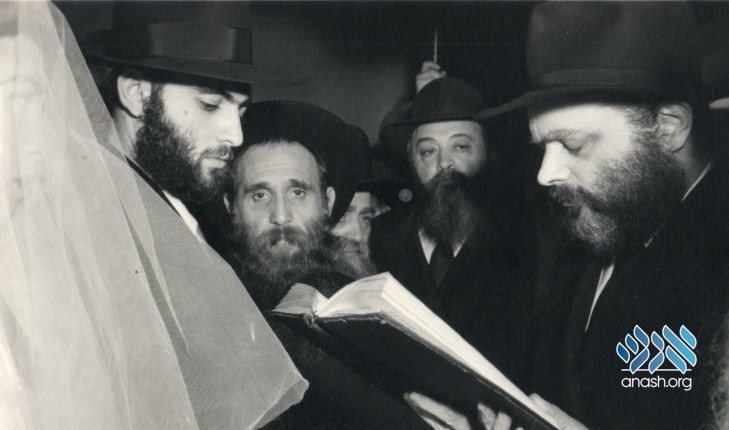 We are pleased to bring you a weekly photo of the Rebbe and a story from The Weekly Farbrengen by Merkaz Anash.

Reb Nissan Mindel, the Rebbe’s longtime secretary and writer, was marrying off his daughter to Reb Sholom Ber Schapiro. On the day of the chuppa, the Rebbe approached Reb Nissan and asked him whether the shadchan had been paid. When Reb Nissan responded that he had not, the Rebbe instructed him to “make sure that it’s taken care of before the chuppa.”

Reb Leibel Groner recalls a similar incident: “I remember the Rebbe once told a person an hour before the chuppa to make sure the shadchan was paid. Or at least he should be called and told that the check or cash was ready, waiting for him, whenever he wanted to pick it up.” (Levitin Teshurah, Shevat 5763)

There was a couple who was childless for ten years. Upon the advice of a friend, they wrote to the Rebbe. The Rebbe directed them to clarify whether they had hurt anyone’s feelings at the time of their marriage. After a deep investigation, they learned that a woman who had been somewhat involved in their shidduch had expected payment, and had not received it. Once they the matter was settled, the couple was blessed with four children.