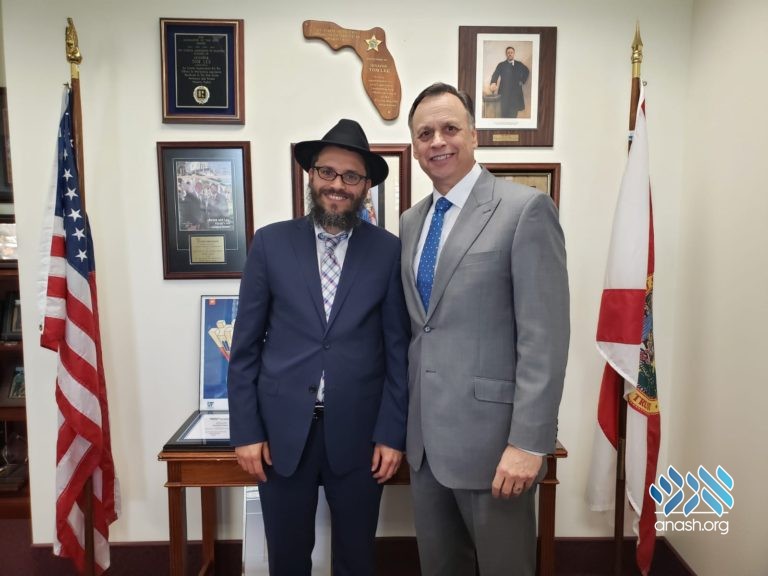 No, this is not a fundraiser. You can help pass a moment of silence in the state of Florida simply by picking up the phone and making a call. Help the Rebbe’s fervent wish come to fruition.

For almost a year a team of Shluchim, led by Rabbi Schneur Oirechman, has been working with the Florida State government to institute a Moment of Silence in all Florida public schools. This law would expand an existing MOS law in the state to ”require teachers… to set aside … one minute for a moment of silence” at the beginning of each day.

In order to prevent teachers from imposing their religious views on students, the law prohibits teachers from making “suggestions as to the nature of any reflection that a student may engage in during the moment of silence” and instructs that “each such teacher shall encourage parents to discuss the moment of silence with their children and to make suggestions as to the best use of this time.” These recommendations will be familiar to those who have heard the Rebbe’s talks on the topic.

The bill has seen overwhelming bipartisan support, passing unanimously in all House committees and 96-20 in the full House. The Senate is expected to support it as well, and the governor has indicated that he will sign it when it does pass.

In the final moments however, the bill hit an unexpected roadblock when it was indicated that the Senate may not vote on it today as had been planned. With the Senate going out of session today, this delay may derail this important bill.

This is your chance to help accomplish this important goal that the Rebbe spoke so passionately about. With less than 1 minute of your time, you can call three Senators who will influence the decision to vote on this bill and encourage them to vote on “the Moment of Silence bill” (Bill S946) today.

Say: “I’m calling in support of the Moment of Silence bill, and to ask that the senate vote on this bill during this session”

The offices have been getting calls on this topic and will know what you are referring to. Each call should take no more than 10 seconds.

With your help, children across the state of Florida will see the many benefits of a daily Moment of silence.