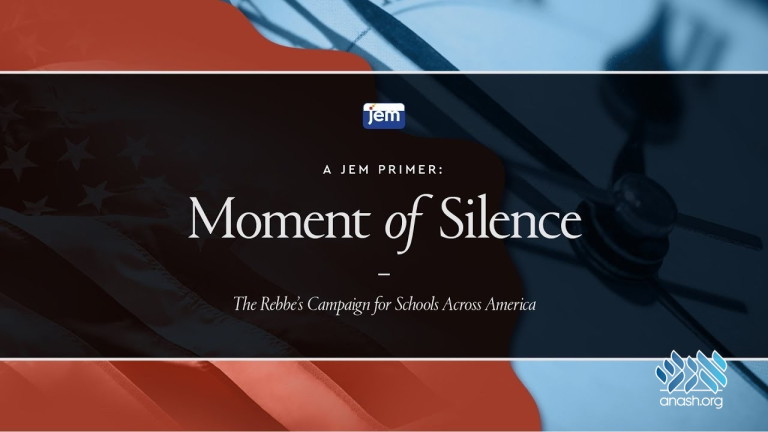 In wake of the horrific shooting at Chabad Poway, the JEM team shares a special presentation on the Moment of Silence campaign.

Jews, Americans, and decent people all over the world are still reeling from the vicious anti-semitic shooting at a synagogue in Poway, CA.

In the aftermath, Rabbi Goldstein, who was shot in the attack, spoke to President Trump. He used the opportunity to raise the Moment of Silence initiative and encouraged the president to back the campaign.

On multiple occasions, the Rebbe urgently called for a daily moment of silence in U.S. public schools, where most American children receive their education. The Rebbe articulated his position with great urgency, advocating that children take a moment each day of complete silence to think about a Higher Power, which would stimulate them to act morally and responsibly, and grow to be mature and moral adults. The Rebbe warned that if schools do not incorporate the moment of silence, calamity is around the corner.

You can also hear and read a clip of the Rebbe on the subject on Ashreinu.app from Yud Beis Nissan 5741.