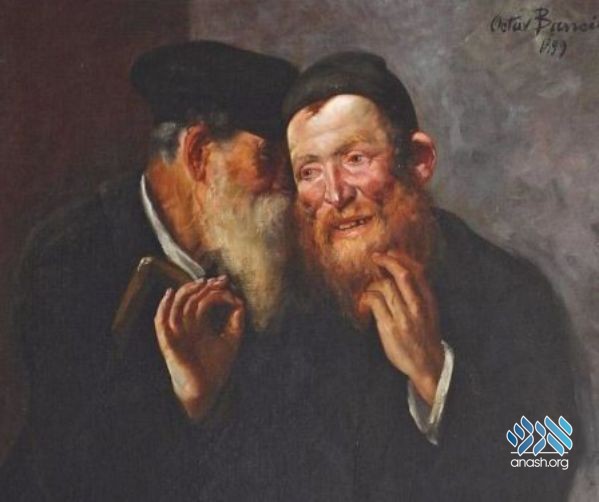 After continually rejecting a shidduch with the daughter of a simple Yid, a town rav showed up by the Baal Shem Tov to ask advice on the match for his son. What caused the sudden change of heart?

The following was related by the rabbi of Skoli to Rabbi Baruch of Mezhibuzh, grandson of the Baal Shem Tov, on a Sunday morning prior to the holiday of Passover.

Once, as I was standing near my master, the Baal Shem Tov, two men entered the room.

“What do you seek?” the Baal Shem Tov asked his visitors.

One of the men declared, “I am the rav of such and such a town and I have a son. A brilliant young man and outstanding yarei shamayim, he is of the highest caliber. And this man standing to my side is our town’s magnate. He has an only daughter whom he wishes to match with my son. We have come to seek your holy advice. Should we make this match?”

“If the bride is amiable and modest,” said the Baal Shem Tov simply, “I do not see why not.”

“But the magnate is a simple man, not a Torah scholar!” interjected the rav. “How can I allow this match to happen?”

“Nevertheless,” said the Baal Shem Tov and proceeded to call for small cups along with a bottle of spirits and various pastries. The trio toasted the newly made shiduch, raised the customary handkerchief of sale, and the two men left. The Baal Shem Tov then remarked to me that “the world of mockery can be a good shadchan.”

The curious observation compelled me to seek out the rav in his place of lodging and ask what sort of mockery may have preceded the shidduch. The rav’s eyes widened in amazement as he exclaimed excitedly, “Now I know where I was that night!”

The rav then explained.

“The bride’s father was once a very lowly man who eked out a living by drawing water from wells and delivering it to homes in our town. He used to bring water to my house every day.

“Eventually, the wheel of fortune turned in his favor and his finances flourished, allowing him to become the wealthy man he is today. Soon thereafter, he sent a shadchan to my front door to try and convince me to accept his offer of his daughter as a potential bride for my son, promising to give a 3,000 ruble dowry for the couple and an additional 2,000 rubles just for me.

“The offer angered me very much, and as soon as the shadchan finished his spiel, I sent him from my home. I felt it was a blatant disregard to my status as a rav. I did not want to be associated with a simpleton.

“But my outburst did nothing to discourage the shadchan, who was being paid well by the magnate, and he made a routine appearance every day for an entire year. I responded by continually repelling him. But he would always return the next day, undeterred.

“A few days ago, I had a dream that changed everything. I found myself sitting with a hired wagon driver as we made the rounds from town to town, collecting tzedakah for the yeshivah that I oversee. Although I am familiar with the various cities that I visit annually, this time we had arrived at a large city that I had never seen before.

“The sun had started to set, and so I started looking for a study hall. I thought that perhaps if I told the congregants that I was a visiting rav, someone would be kind enough to host me for one night. Leaving the driver to wait with the wagon, I stepped inside and observed young men immersed in heated Torah study in a crowded room. They were deeply engaged in an analytical debate regarding a book called Bais Shmuel. The book’s author had raised a question on a ruling of the Tur, and the group was split into two, one side attempting to disprove the question while the other maintained its veracity.

“I turned to the group of young men and offered my opinion on the matter. They sat facing me, agreeing quietly, as I explained that the question of the Bais Shmuel held up, and the error was in fact found in the words of the Tur. As my words caught the interest of some of the elder scholars, a loud shout from the front of the hall interrupted the learning.

“‘Ignore the fool attempting to defend the Bais Shmuel!’ protested the voice with authority. ‘After all, he is a simpleton, and his rightful place is in the company of the ignoramuses!’

“A collective roar of laughter followed. Insults and jeers were thrown in my direction, as though I were indeed an ignoramus. Realizing that it would be impossible to find a place to sleep, I ashamedly left the bais medrash with my head down.

“My face was still burning when I asked the wagon driver to continue looking for a place to spend the night. Although we had just traveled past the city limits, we soon found ourselves rolling into an entirely different city. There too we made our way to the central study hall, which we found packed with students. The topic of their excited discussion centered around the words of the Bais Yosef on the Tur.

“I approached the young men and shared my answer, which I regarded as correct because I’ve learned this particular topic quite well. The elders sitting at the front of room noticed me, a visitor sharing what I thought was a fine insight, and a hysterical roar of laughter escaped them. They loudly expressed their amusement at the fact that someone would even listen to a delusional ignoramus like myself who disrespectfully made his way to a hall filled with wise and learned men.

“Their words caused me much embarrassment and I stepped outside. ‘Perhaps Hashem will pity me,’ I thought as the carriage carried me and my hapless driver onward to a third city, ‘and help me find a place to stay for the night.’

“Once again, we stopped outside a brightly lit and crowded study hall, and this time the discussion centered on some questions posed by Tosfos on the teachings of Rashi. This was a topic I knew by heart. Why should I stand in silence and withhold the answer when I could approach the group and present the solution? I opened my mouth to begin, but a deafening bout of laughter stopped me. Everyone in the room guffawed so uncontrollably that the previous two instances paled in comparison. Insults were heaped on me from all sides, describing my insolence and foolish coarseness.

“A sudden banging from the center of the room followed by a loud call for quiet cut through commotion. A man stood by the lectern, and the noise around him quickly died down.

“‘Have you seen this fool?’ the man announced to the now silent congregation. ‘In his town there lives a generous and kind magnate, whose daughter is an amiable young woman. He wishes that she marry this man’s son, and is even willing to give a generous dowry. And yet, even after incessant pleading, he continues to show indifference and prevents the shidduch from actualizing. What do you think of this ignoramus?’

“At that moment, I woke up. The notion that this was hashgacha pratis occurred to me, and I immediately sent for the magnate, suggesting that we consult the Baal Shem Tov and follow his advice.”

And this is what the Baal Shem Tov meant when he said that “the world of mockery can be a good shadchan.”