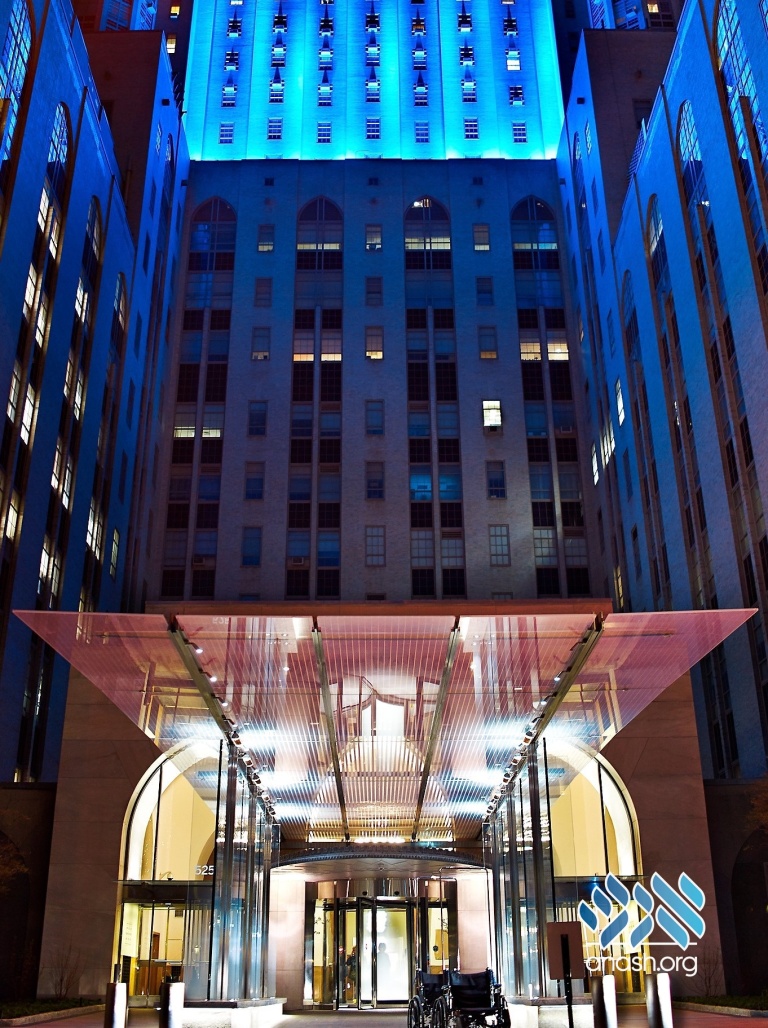 Yom Kippur evening, by all accounts, is the most auspicious night of the year, filled with trepidation, spirituality, and meaningful niggunim. Last year was no different. An overflow crowd of more than a thousand people gathered at Park East Synagogue on the Upper East Side to daven, to participate, and to be inspired. The shul, celebrating its 129th anniversary, was filled to capacity — every seat occupied and standing room only.

Seated in the front pews were leaders of the Jewish community, including dignitaries such as former Secretary of State Dr. Henry Kissinger, sitting side-by-side with philanthropists such as Mort Zuckerman and Ronald Lauder and, beside them, the United Nations Ambassador of the State of Israel. It was a gathering of the “who’s who” of the New York Jewish community, united in one solemn purpose on this most holy of nights.

The davening was inspiring in ways that are hard to commit to paper. The mellifluous sound of the chazzan and choir filled the room, inspiring and uplifting the community. After davening the crowd slowly dispersed; by about 9:30 p.m., the shul was completely empty.

I walked to the front door and then out to 68th Street with my dear friend and Chief Chazzan, Yitzchak Meir Helfgot. I was about to head home when I was startled by the Chazzan’s question: “What are your plans right now?”

I looked at him quizzically, not completely understanding his question. It’s not like a frum Jew after davening on Yom Kippur night has that many options. Before I had a chance to respond, he interrupted my thoughts: “There’s a very special Jew who is in the ICU at Cornell. Let’s go and visit him.” Knowing that the hospital is less than a 10-minute walk from the shul we had just left, I quickly agreed to join him on this special mitzvah.

Picture this scene: A Gerrer Chassid in full regalia and I, entering Cornell Medical Center, him wearing a Spodik and the traditional garb, and us walking through the nearly-empty halls of the hospital. We were a sight to behold.

It turned out that the patient was on an upper floor, and using the Shabbos elevator was out of the question. We finally reached the Intensive Care Unit, which was on the ninth floor, and there we came upon a gut-wrenching scene. There in the ICU, a young man in his early 40s, a devout Lubavitcher Chassid, lay in bed connected to many different life-saving devices. Between all the machines, it was hard to clearly make out the face of this wonderful Jew. We stood there, struggling to find the right words to inspire, and then we just started to sing, one melody after the other, celebrating and recalling the songs of Yom Kippur, so many of which we had just sung a couple of hours earlier in shul.

After well over an hour of singing, it was close to midnight and it was time to leave. After all, we both had a huge day ahead of us. We spoke for a few more moments, and through gasps and labored breathing, he expressed his deep appreciation to us, and we proceeded to exit the room.

Just as we reached the stairs, his wife came hurrying after us and asked if we could return to the room at the request of her husband. We were puzzled, but we obliged. We walked back in only to find this young man’s face beaming as he turned to us and asked: “You sang so many beautiful niggunim. Would you please sing just one more?”

Before we could ask him what selection he had in mind, he opened the Machzor and, with his hand shaking, he pointed to Kol Nidrei. This wasn’t exactly a melody that we were prepared to sing, but how could we refuse? So we began singing, in hushed tones, the beautiful, haunting melody of Kol Nidrei as he read along and struggled to participate. Tears were streaming down the face of this young Chassid, and we too struggled to control our emotions.

I have never in my life said this tefillah with such intensity and emotion. I looked over at Chazzan Helfgot, and then to the patient’s wife, standing there in the room with us, and the nurses who had come in to listen and stood mesmerized. It was as if the entire world had paused for a precious moment to connect with the powerful tefillah emanating from Room 908 at the ICU of Cornell Medical Center. As we turned to depart, the Chassid fought to pull the mask from his face and, in a barely audible voice, said to us: “Thank you. I thought I would never hear this tefillah this year. You made my dream come true. I will never forget your kindness.”

We walked back from the hospital in complete silence, both of us deep in our own thoughts. But just before we parted ways for the night, I turned to Chazzan Helfgot and opined, “We had well over 1,000 people in shul tonight and each one of them, I’m sure, was touched by your stunning voice and the melodies you offered, but consider for a moment what a deep impact we made on just one Jewish neshamah fighting for his life, and whose family is praying that he merit the gift of life to see many more Yom Kippurs in good health.”

Sadly, Hashem had other plans for Mendel. On Hoshanah Rabbah, he returned his soul to his Creator. At the shivah, his wife and children expressed to us their deep gratitude for that visit on Yom Kippur night.

I have no doubt that Mendel, z”l, is saying Kol Nidrei this year in Heaven and looking down at his beautiful family and friends who so love him and miss him, and that he is praying for each one of them. Because that’s just the kind of man he was.

As for Chazzan Helfgot and me, the words of Kol Nidrei have taken on new meaning and profundity. We will always remember those precious moments, singing for one holy Jew on the night of Yom Kippur.