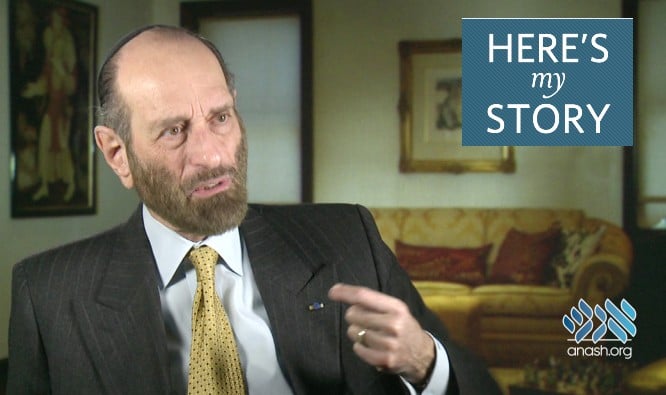 Cantor Yosef Malovany tells about an incident while on tour for which the Rebbe told him that “Your commitment to keeping Shabbos will change history,” and the Rebbe’s remarks about his son with special needs.

For over forty-five years, Cantor Yosef Malovany has led the prayer services at the Fifth Avenue Synagogue in New York. He also serves as professor of liturgical music at the Belz School of Jewish Music of Yeshiva University. He was interviewed in November of 2014.

I was born and raised in Tel Aviv, where I attended the Bilu School – the religious school famous for its boys’ choir conducted by the world-renowned cantor, Shlomo Ravitz.

Subsequently, I studied at the Israel Academy of Music and then served as a cantor in the IDF, in Johannesburg and in London, before moving with my family to New York in 1973 to take up the post of cantor at the Fifth Avenue Synagogue where I have been ever since.

After we had been living in New York for about three months, one of the members of the synagogue invited me to join him at a farbrengen where he introduced me to the Rebbe, and from there our relationship developed.

Many times, the Rebbe gave me blessings for success in my profession, urging me to travel and hold many concerts, including concerts to raise money for charity.

Then he quipped, “If I would try, I don’t know if I’d succeed – the audience might run away. But when you sing, more people come and they increase their donations as well.”

Another time – after I had given a series of concerts in the Soviet Union – the Rebbe was especially effusive with his praise.

I had gone to the Soviet Union in May of 1989 – three years after the start of the reforms known as glasnost and perestroika – at the invitation of Rabbi Ralph Goldman of the American Jewish Joint Distribution Committee. The Soviets would not allow rabbis to visit, so he had the idea of bringing in Jewish singers, and to this they did not object.

So we staged a series of concerts to bring some Yiddishkeit to the people there, and when I returned, I got word that the Rebbe was so pleased with what we had done that he wanted to see me. He was particularly interested to hear how I managed to have the microphone removed from the Choral Synagogue in Moscow.

I told him exactly what had happened:

I had been tasked with leading the Shabbat prayers at the synagogue, which has beautiful natural acoustics. On Friday afternoon, I went to familiarize myself with the venue, and when I went up on the podium, I saw a microphone. I asked the rabbi, “What is this?” I was shocked that they would violate Shabbat in such a way. He explained that without it, the congregation can’t hear well.

I said, “Not with me here – G-d has blessed me with a powerful voice.”

The rabbi agreed to switch off the microphone, but that was not good enough for me, because the microphone would still be there and people would assume I was using it. He then offered to remove the head of the microphone, leaving just the stand, but I insisted that this be removed too. As it turned out, they had to break the cement to do so, but it got done.

That is what I related to the Rebbe, who congratulated me. “This will strengthen Yiddishkeit,” he said. “This is a real accomplishment. Your commitment to keeping Shabbat will change history.”

Of the many words of encouragement and blessings that I – and my family – received from the Rebbe, perhaps the most moving concerned my son, Zevi, who was born with severe autism.

While we were living in London, we had placed him in an institution there, and when we immigrated to New York, the Rebbe advised that we should not move him across the Atlantic to another institution with which he would not be familiar. In fact, the school for Jewish children with special needs in London was better than the other schools that we came across, so we decided to keep him there as the Rebbe recommended.

In December of 1989, my wife and I came to see the Rebbe as he was giving out dollars for charity and we asked for a special blessing for Zevi. In response, the Rebbe gave us an amazing understanding of autistic children.

“Being autistic doesn’t mean that they can’t relate to anyone,” the Rebbe said. “To people they can’t relate, but to G-d they can relate as well as everyone else, and even better. While they’re not busy with people, they’re busy with G-d.”

That was a revelation to me, but I recalled how I had once tried teaching Zevi a blessing and that he repeated it perfectly, and also I had noticed that his tzitzit were very special to him. I told the Rebbe this.

“Does he have a charity box in his room?” the Rebbe asked.

When I said that he did not, the Rebbe instructed that we have one put there. He said that the institution wouldn’t mind, since charity is something that everyone appreciates. “It will be to his benefit,” he added. “When people come to visit him, he will be able to remind them that they must give to charity.”

We did as the Rebbe advised and two years later we went back to inform him how his advice had affected our son.

From the time that he received the charity box along with the Rebbe’s blessing, Zevi began responding a bit better. He began to move around more, understanding what he was told.

Hearing that news, the Rebbe gave us a dollar and said, “Send this dollar to the administration of the institution and ask them to place it in the charity box in his room.” That was a very special gesture.

The Rebbe was a maven – he understood the human condition from the essence of an autistic child to the voice of a singer, and especially a cantor’s power to both honor G-d and to uplift the prayers of others.