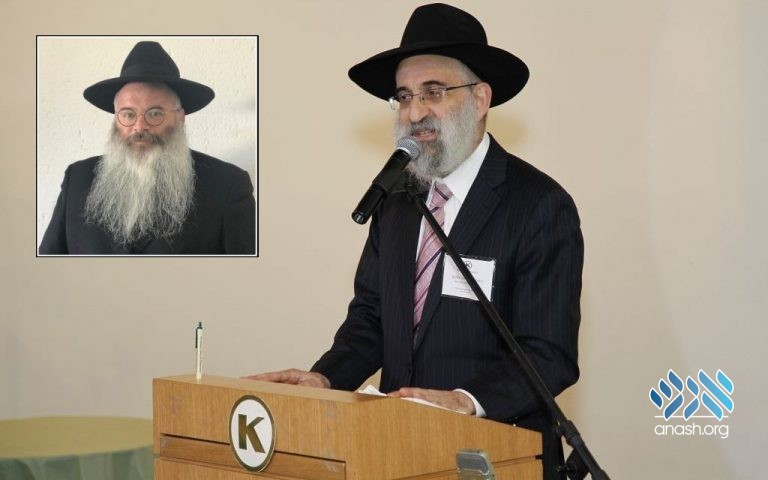 Most of what I’m writing here I’ve written to members of your family privately, but would like to share it with the world.

Your Father Reb Don Yoel to me is someone I would classify as being משכמו ומעלה (head And shoulders) above most that I know. This is not to put down others ח”ו but rather to extoll the virtues of your saintly father.

He was the only friend who reached out to me almost every day at the onset of the outbreak of the coronavirus in China. Sometimes long messages and sometimes shorter ones, but I was on his mind constantly. His חיזוק literally carried me through the very scary and rough times I was going through, when the rest of the world were going about their own business.

One day – completely out of the blue – He asked me for my bank details in order to send me a donation. This was before Chabad of China made a charidy campaign and I actively started fundraising. He was a visionary as much as he was pragmatic. He loved Shluchim and respected the work we/they did. The shluchim of Asia owe him a debt of gratitude for his friendship and support. He didn’t only give Tzedoko, he was interested in every aspect of our lives and our community development. To him the money part was insignificant in comparison to the activity being done.

I appreciate him because to me, friendship is worth much more than money. He understood and loved the Rebbe’s Shluchim which is no doubt the reason he extended his kindness and generosity, but more importantly to the צעירי השלוחים. His messages and phone calls almost always made me cry, why? Because whenever we spoke on the phone, the first question was ALWAYS “how are your children”. In fact whenever I wrote to him I addressed him as follows (I just went to my whatsapp chats with him to get the exact wording and am currently sitting here with rivers of tears streaming down my face):

This is the last message I exchanged with your father. I will only copy the beggining as the rest of the message was too personal in nature:

I begin with the best title that comes to mind, and although I’ve written it many times before, I will write it again and again until I come up with something better.

This was your father. For me to say I know what you’re going through would simply be a lie, I DON’T. But I want you to know, how much he meant to me and I’m sure to so many others.

I can’t tell you what it meant to me sitting all by myself in Beijing, sometimes not being able to leave my home in days due to quarantine regulations (I guess now you do understand), and then receiving constant encouraging messages from your father.

I told my wife many times “out of the tens of thousands of people that have frequented our Chabad house over the years, only one CHOSID, I repeat ONE CHOSID reached out to me continuously, Reb Don Yoel Levy”.

Many people called and sent messages, once, twice, 3 times and more (which were appreciated beyond what words can describe), but not your father, he reached out almost EVERY DAY, and at all hours of the day and night (in his time zone). I remember telling my wife as well as a few of the Shluchim in Asia “Rabbi Levy is unique, for me I describe him as אחד היה אברהם”.

His messages were full of genuine concern – he showed me that while I was by myself, I was not ALONE. It reminded me of what the Rebbe writes in היום יום that א חסיד איז קיינמאל נישט עלענט!

His love for his family was so deep it taught me a new lesson and level in parenting.

He will be missed by:

The Rov who runs the OK office in Eretz Yisroel Rabbi Prizant wrote to me after his passing “ברוך דיין האמת אוי טאטע”.
I responded “there are sometimes in life when there are no words, this is one of those times” he responded “the last conversation I had with Reb Don Yoel was about you, you know he respected and loved you”. My response to you, his family is, I respected and loved him too!

The world of kashrus will never be the same!

The world of shluchim will never be the same!

The world of Torah will never be the same!

The world has lost a giant of a man who was a, tremendous CHOSID, GENIUS in the world of Kashrus, BRILLIANT scholar, FRIEND of Shluchim, and many more titles of both personal and professional nature.

With deep pain and sadness

Sending you much love