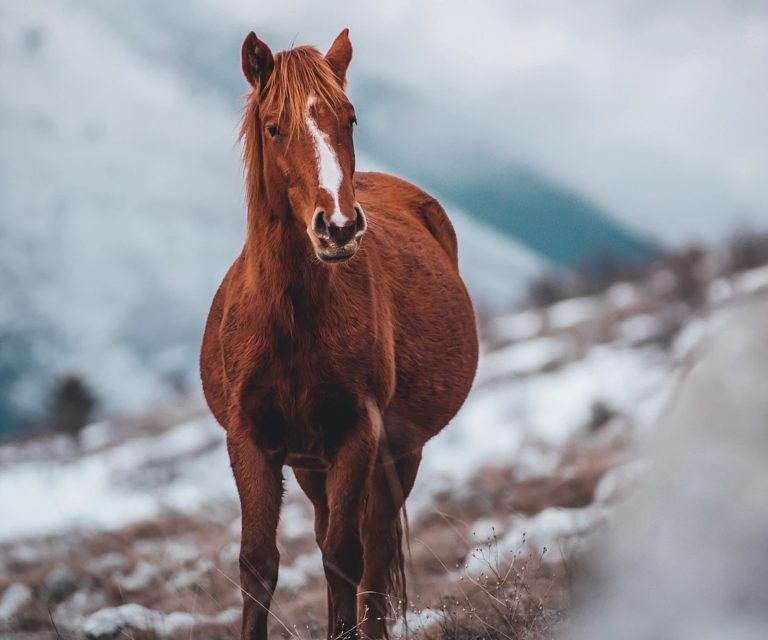 When dealing with human issues – such as bullying or marriage problems – we might consider using non-Jewish techniques. Rabbi Mordechai Lipskier argues that this is foolish since a Jew’s animal is also inherently different.

“That horse over there, I think I can train it to be an exceptional animal. Would you give him to me for a few months’ trial?” Shmerel asked Farmer Joe.

Farmer Joe was taken aback. “You’re talking about Dynamite! We’ve been training him for a while now and he’s doing very well. He’s healthy and competing superbly; I don’t see where you’ll be able to improve. But if you want to give it a go, I’m willing.”

A few months later Farmer Joe was invited to see Dynamite’s progress. He examined the horse and was pleased to see how healthy and fit he was. He watched Shmerel’s trainer show off it’s running and jumping, and although the horse now had a gracefulness he had not previously possessed, Farmer Joe was unimpressed. Then, to his immense astonishment, he watched the horse engage in a game of chess with one of his trainers.

“This can’t be real,” he shouted in disbelief. “How did you manage this?! You must train all my horses; together we’ll make a fortune!”

“I wouldn’t be able to do this with your other horses,” Shmerel explained. “I am an expert in a unique breed of horses that actually originates from a different planet. When I visited your farm, I discovered you owned one of these prized animals. He was happy, healthy and fit, you were right about that, but I knew that he hadn’t reached his potential. There’s no way he could under your care, because you aren’t familiar with the nature of these animals. In fact, it took a while to undo the damage your training had done. The food you fed him bloated him and the exercises dulled his senses. But most importantly, you didn’t come close to addressing his most refined capabilities.”

Dynamite’s story is a very old one, and also a very current one.

The medrash describes the galus during the time of Chanukah as “darkness,” because of the Greek decree that Jews must etch into the horns of their oxen: “We have no portion in the G-d of Israel.”

What’s the meaning of this decree, and why is it described as the darkest of all?

What’s the difference between a Yid and, l’havdil, that of a goy? The common answer is that a Yid has a neshama, but in the first chapter of Tanya the Alter Rebbe writes something astonishing: A Jew has both a nefesh ha’elokis (G-dly soul) and a nefesh habehamis (animalistic soul).

Chazal explain that Jews are characterized by their innate kindness, compassion, and bashful natures. These traits, says the Alter Rebbe, are also part of the makeup of the animalistic soul. So the very beast that is self-centered and the source of all a Jew’s ugly traits also possesses the most beautiful nature.

We’re dealing with a different animal. It follows, therefore, that this animal needs to be trained differently.

And that’s exactly what the Greek’s challenged. It wasn’t enough for us to denounce our G-dly soul, they wanted us to ignore the uniqueness of our animal soul as well. And this is an even greater danger. It’s difficult to convince a Jew that he has no G-dly soul, but not so difficult to convince him that his animal and the goy’s are the same. “Look,” they argue, “we’re treating our animals in the same way and it’s working.”

This is a deep darkness we’re still struggling with.

Take bullying for example. It is certainly a trait of the animalistic soul, and techniques used in public schools will work on all animal souls. But when educating Jewish children we need to ask ourselves, are these techniques right for our animal? In a Jewish child, the very animal perpetrating the crime is inherently sensitive and compassionate. If we don’t address this innate goodness, then we haven’t helped him reach his potential, like the horse that’s trained to jump but his higher senses that enable him to play chess are dulled.

There’s a very prominent marriage therapy textbook which is based on the need for humility in marriage. Many of the ideas are consistent with Torah and most of its exercises can be easily applied. And they’ll work. But by the author’s own testament, the theories and techniques are based on the belief that, “We are all self-centered at the core.” He doesn’t expect either spouse to be selfless, and he shouldn’t; he’s a goy writing for goyim. His highest expectation is for one spouse to be selfless because they know the other spouse will reciprocate. But a Jew is capable of more. And for a Jew to treat themselves in the same way as a goy would be animal abuse.

Chassidus is replete with descriptions of how even our nefesh habehamis can come to appreciate learning Torah, doing mitzvos, and even having a love for Hashem. Living like a Yid and helping another Yid can be enjoyable!

Training a refined animal is no easy task. It takes time, learning, and reflection. But as we work on it, we’ll uncover the beauty in the beast, and that is very gratifying. The Jews in the times of the Chanukah miracle overcame their challenge, and with Hashem’s help we can overcome ours.

To subscribe to Rabbi Lipskier’s emails, send an email to thebeismedrash@gmail.com