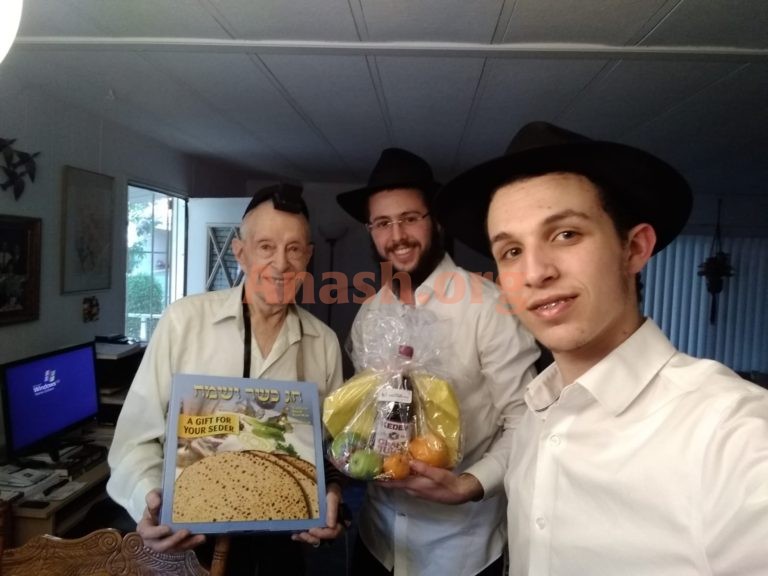 What seemed like a regular Matza delivery, turned into a life changing experience for David Weiss of Folsom, California.

Bochurim Mendel Motchkin and Mendel Rutman were on Merkos Shlichus in Folsom California delivering Matzah to local Jews and assisting in the preparations for the upcoming Yomtov.

While delivering matzos, they encountered a yid named David Weiss, and the duo struck up a conversation with him. He then mentioned, that he was the only one from among his brothers that never had a Bar Mitzvah.

Mendel and Mendel immediately informed David, that for a Jew it is never too late, and proceeded to put on tefilin with him. Finally giving him a Bar Mitzvah at the age of 86!

“Mr. Weiss was encouraged to put on tefilin many times before” said Rabbi Yossi Grossbaum shliach to Folsom California, “however it seems like the enthusiasm of the bochurim, and the matza which is the food of faith, gave him the extra push to finally put on tefilin.”

A family member who was so moved by the scene, shared the story on social media.