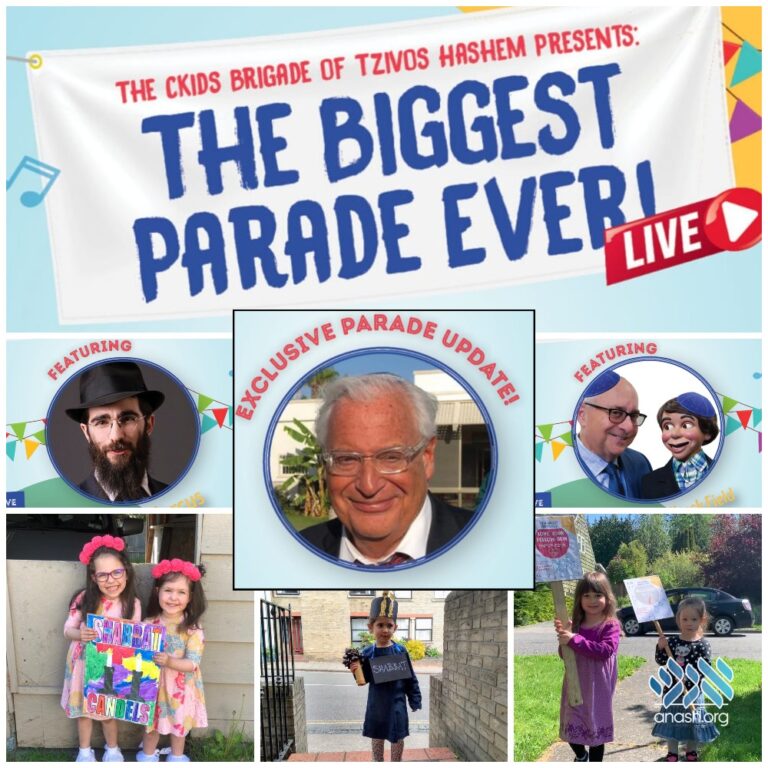 Tune in tomorrow at 5:30 ET: US ambassador to Israel David M. Friedman will join thousands of Jewish children from across the world celebrating Jewish unity in the ‘Biggest Parade Ever’.

Children from Australia, South Africa, England, Ireland, France, Russia, Sweden, Denmark, Canada and the USA will gather tomorrow for the biggest ever Ckids Lag B’omer parade! A virtual program will allow tens of thousands of Jewish children to participate in a day celebrating Jewish unity.

The event promises to be both educational and exciting, with entertainment by ventriloquist Chuck Field, a live concert with Eli Marcus and Mendel Deitsch, and presentation by mad scientist Dr. Shnitzel. A sicha of the Rebbe and a prayer from the Kosel will inspire kids, while raffles throughout the rally will keep them on their toes.

“The program’s highlight is a virtual mitzvah march of kids all over the world,” says Rabbi Zalmy Loewenthal, Ckids director, who has been leading the Ckids team for weeks to produce this program. “We’ve already received hundreds of 15-second clips of kids marching with their mitzvah posters.”

The parade will also mark the launch of a new Tzivos Hashem brigade for Chabad houses, with soldiers called up in an honor roll and honored with the 12 pesukim. A mitzvah meter, updated on the spot, will reflect the number of new soldiers recruited to Hashem’s Army throughout the program.

CKids is an organization devoted to providing rich and meaningful Jewish experiences for children at Chabad houses worldwide. This year’s Lag Baomer festivities will be open to the entire Jewish community as well.

“For reasons we can’t control, Lag B’omer is going to be celebrated differently this year,” says Rabbi Mendy Kotlarsky, vice chairman of Merkos 302, the organization behind Ckids. “We’re taking this as an opportunity to host our biggest parade yet.”

You don’t want to miss this! The biggest Lag Baomer Parade will air LIVE on Tuesday, May 12, at 5:30pm EST.