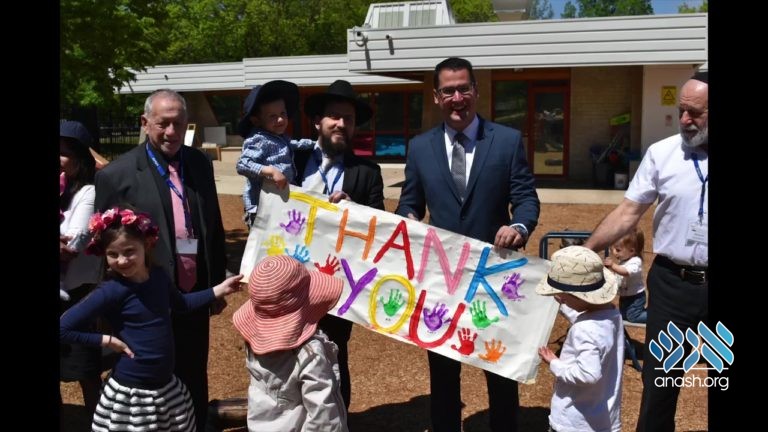 Chabad has been in Australia for decades, with well-established communities in Melbourne and Sydney. The past years have seen the “Lubavitch revolution” show up in Australia as well, with tens of Chabad Houses being established in smaller communities as well.

Although Canberra, Australia is not nearly as well known as Melbourne or Sydney, it is the capital city of Australia, like Washington D.C. in the US. The Jewish community of Canberra is considerably smaller than in the more famous cities, and Chabad was only established there within the past decade.

Despite the relatively short amount of time, Chabad of Canberra (ChabadACT), headed by Rabbi Shmueli and Chasia Feldman has already made great strides with a shul, mikvah, Hebrew School and other programs. A Jewish Day School is in the works for 2020.

As communities grow, so do the security concerns. To address these concerns the Australian government launched the Safer Communities program, giving grants to community organizations. Just last week ChabadACT was awarded the stunning sum of $835,00 Australian from the Federal Government to upgrade the security infrastructure at the Chabad House and Shul.

Senator Zed Seselja came to ChabadACT to announce the grant, where he was warmly greeted by Rabbi and Mrs. Feldman and community members who thanked him for facilitating this much-needed boost.