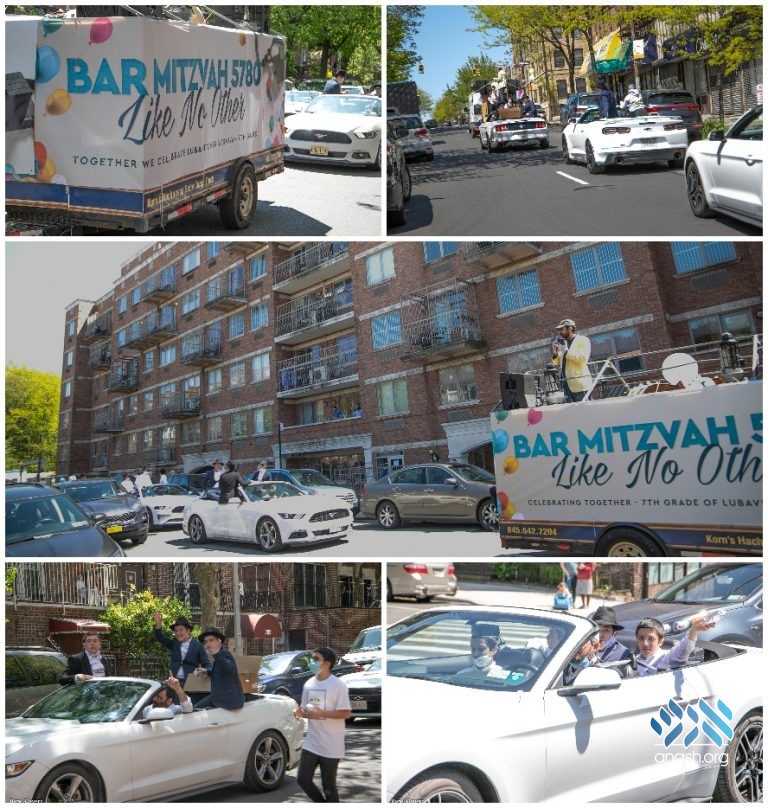 Eight 13-year-old boys celebrated their Bar Mitzvah with a parade of convertibles and a music truck through the streets of Crown Heights.

Eight 13 year old boys from Crown Heights found a unique way to celebrate their Bar Mitzvah with their friends while keeping to social distancing.

Instead of giving up on the celebration, their parents came up with a way they could celebrate their special day with their friends and classmates while staying safe.

On Tuesday, Lag B’Omer, a parade of convertibles carrying the Bar Mitzvah boys was led through the Crown Heights streets by a music truck, stopping by each of the boys’ friends houses.

By each of the stops, the boys celebrated for a short while with their classmates, giving them a celebration that they will never forget.