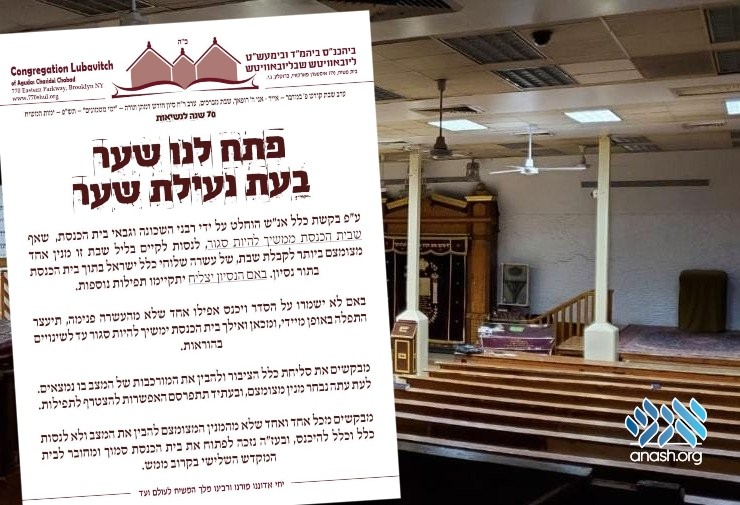 770 will begin having limited minyonim starting this Friday night, following state guidelines and approval of rabbonim. Only ten men will be allowed inside.

The shul at 770 Eastern Parkway will begin having minyonim again, after many weeks of the shul being locked due to the coronavirus pandemic.

In a notice put out by the gaboyim, they said that the shul will remain closed for the public, and only 10 people would be allowed in to make an exact minyan.

“If the rules are not kept, or if even one extra person comes into 770, the davening will be immediately stopped, and no more minyonim will take place,” they said.

770 manager R’ Yosef Yitzchok Kratz told Anash.org that he would not be davening inside.

“An list of exactly 10 people will be released, including the chazan, ba’al koreh and one of the gaboyim,” he said.

Sources confirmed to Anash.org that if the pilot program works, the minyan will continue on a raffle-based system.