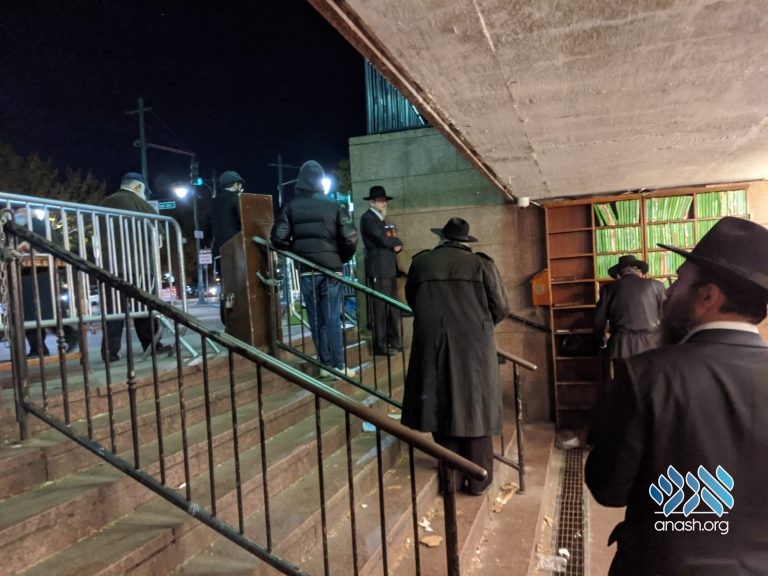 The doors of 770 remain tightly shut, even as shuls around New York are slowly starting to reopen. The next steps are being carefully planned.

Although New York Governor Andrew Cuomo permitted religious gatherings of up to 10 people, the shul at 770 Eastern Parkway remains shut, with NYPD barricades still in place.

Sources involved in the decision making told Anash.org that all options will be carefully considered before the shul is reopened.

“For the time being, the minyanim will only be outside. The NYPD barricades remain on the request of both Lubavitch World Headquarters and the Gaboim,” they said. “A few were moved around by unauthorized individuals, but they are not being taken away just yet.”

With regards to when and how the reopening will happen, they say no decision has been reached yet.

“The official green light has to be given from both the Governor and the NYC Mayor,” they told Anash.org. “We also need to figure out how to deal with the crowds.”

One option strongly being considered is dividing 770 up into separate ‘rooms’ or capsules. However, that comes with a set of challenges.

“In order for each room to be allowed to have ten people, they each need to have their own entrance from the outside.

“That would mean extending each room all the way to the main entrance, a daunting task,” they said.

Meanwhile, shabbos minyonim are being planned based on the ‘block minyan‘ system already in place. Many Crown Heights residents plan to remain with those outdoor minyonim, which are considerably safer, until the situation takes a turn for the better.

Know of a Shabbos, weekday or Shavuos minyan? Keep the community informed on Anash.org: