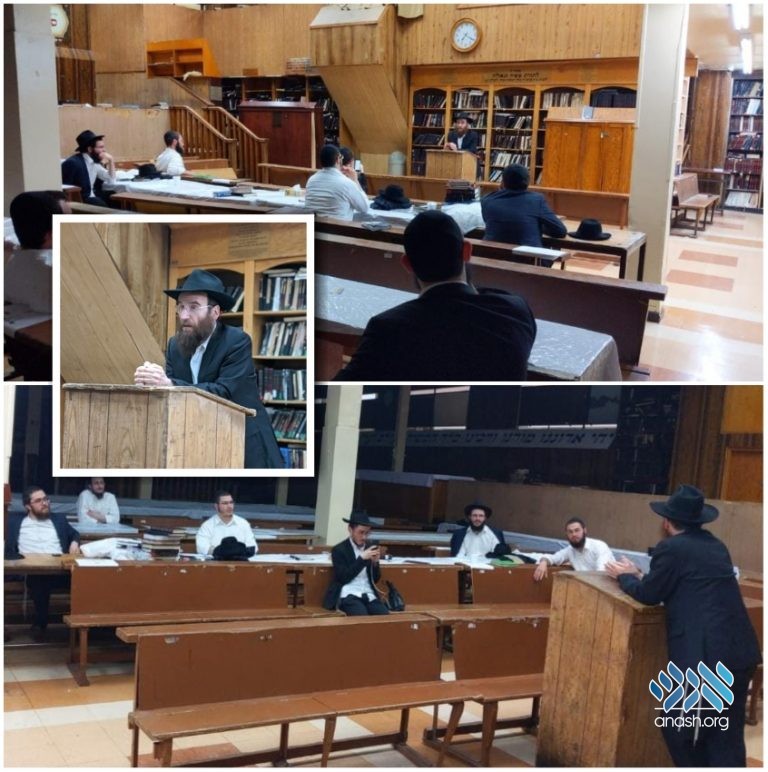 The central Moshiach shiur, finally back in 770, was given by Rabbi Yisroel Shimon Kalmenson of Lahak Hanachos, who recently recovered from cornavirus.

Once a week throughout the entire year, the central Moshiach shiur is given in 770 by a bochur or a guest speaker. On an average week, tens of bochurim and anash gather for the shiur, fulfilling the Rebbe’s directive to learn topics of Moshiach and Geulah, especially in public.

During the past two months, as 770 was closed, the shiur was also put on pause and was unable to take place. As 770 slowly reopened, hosting 3 minyonim a day and allowing 10 bochurim to learn inside during the rest of the day, the Moshiach shiur was reinstated as well.

With only 10 participants allowed, the shiur was broadcast on Zoom around the world, allowing not only the regular participants to join, but also many from around the globe who usually wouldn’t have the oppurtunity.

The shiur this week was delivered by Rabbi Yisroel Shimon Kalmenson of Lahak Hanachos. Rabbi Kalmenson has given the shiur many times in the past, but this time his shiur was a extra reason to rejoice.

Having recently recovered after being hospitalized with the coronavirus, last night marked a semi-celebration marking the recovery and his first time inside 770’s shul since his illness.