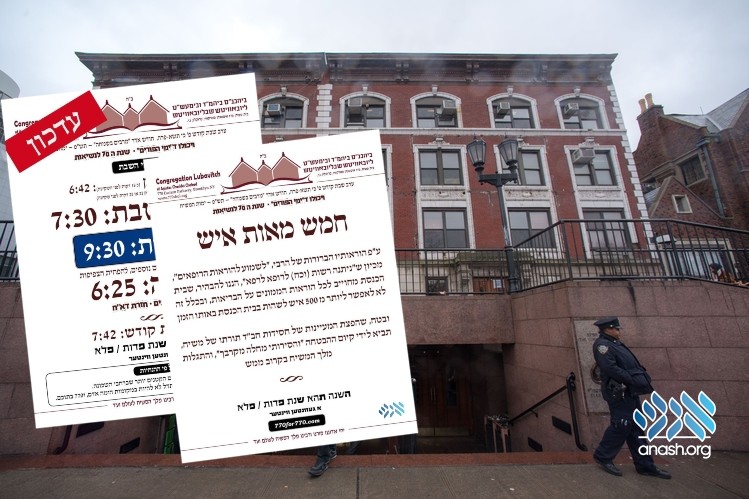 The Gabboim of 770 announced that they will be limiting Shul attendance to 500 people at once, and that Shachris this Shabbos will begin at 9:30 to allow for more Minyanim.

Following yesterday’s announcement by New York Gov. Andrew Cuomo that he has issued a ban on all gatherings of 500 or more people across the state “for the foreseeable future”, the Gabboim of 770 announced that they will be limiting attendance to 500 people at once.

Additionally, the Gabboim have announced that in order to allow for more minyanim and to reduce crowding, they will be changing the regular Shachris schedule, and the main minyan will begin at 9:30 instead of 10:00.

In a sign hanging in the main Shul the Gabboim wrote: “According to the Rebbe’s clear directive to follow the doctor’s instructions, for permission was given to doctors to heal, we would like to make clear that the Shul will abide by all the instructions of health officials, including not to allow more than 500 people to be in the Shul at once”.

“Certainly, the spreading of the wellsprings of Chasidus Chabad which are the teaching of Moshiach, will bring to the fulfillment of the promise ‘and I shall remove illness from your midst’ and the revelation of Moshiach now.”