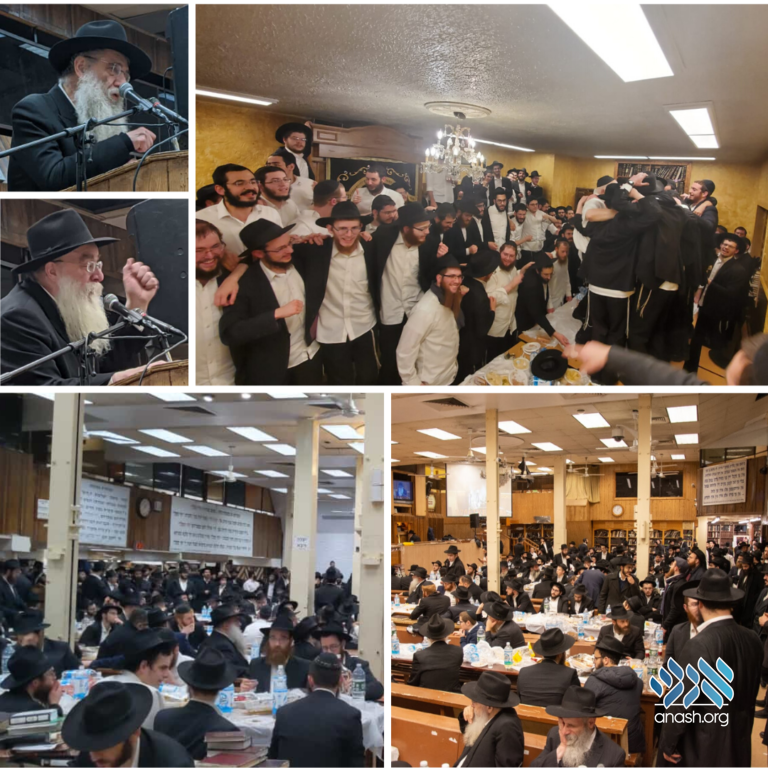 Hundreds of Anash and Bochurim gathered in 770 Thursday night to celebrate the anniversary of Rosh Chodesh Kislev.

Following the farbrengen the crowd then broke out into joyous dancing celebrating the Yom Tov of Rosh Chodesh Kislev, the day the Rebbe left 770 for the first time after suffering a heart attack on Shmini Atzeres.

Rabbi Shlomo Zarchi, mashpia in Tomchei Temimim, led the farbrengen with the bochurim in the zal upstairs, which was followed by joyous dancing.