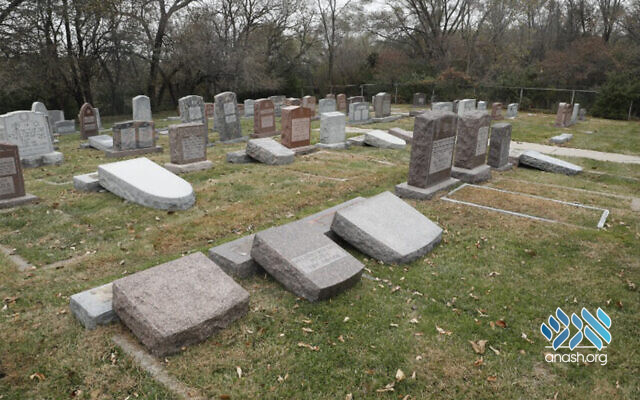 Police say about 75 headstones have been toppled and more than $50,000 in damage caused at a Jewish cemetery in Omaha.

The Omaha World-Herald reports the vandalism was carried out at Temple Israel Cemetery in northeastern Omaha.

The incident was reported to police Tuesday by the cemetery’s executive director, who said the damage was done between Oct. 31 and Tuesday morning.

The headstones had been pushed off their bases, and many were broken. Forensic investigators from the police department went to the cemetery to take photos and document the damage.