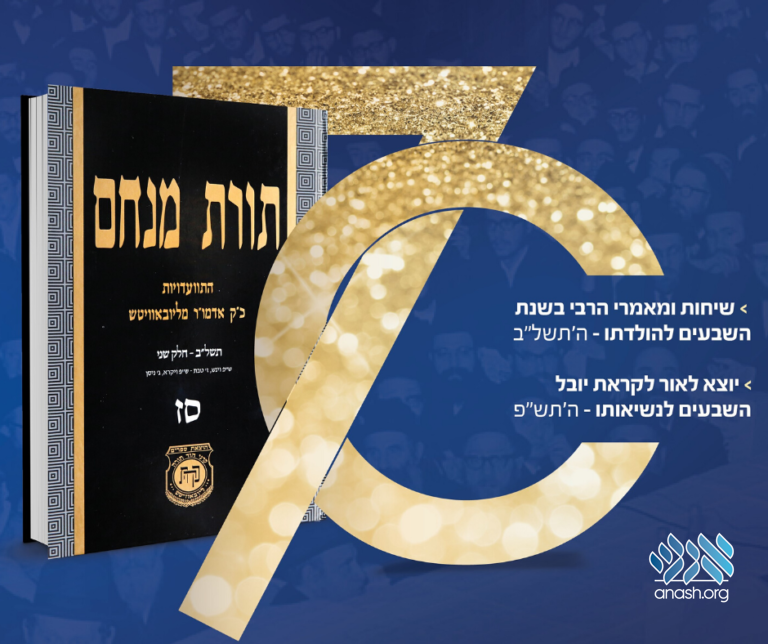 Just in time for Hei Teves, Lahak Hanochos has released Toras Menachem vol. 67, containing the Rebbe’s Torah of Teves-Adar 5732 * Lahak Director Rabbi Chaim Shaul Brook reveals: “In light of the Rebbe’s emphasis on the number 71 at the famous Farbrengen of Yud Alef Nissan 5732, our goal is to release another four volumes, bringing Toras Menachem to 71 volumes (!) within the year” * Full Article

Tonight or tomorrow you will surely fulfill the Rebbe’s directive to expand your personal library with Sifrei Kodesh in honor of Hei Teves. A wide variety of seforim are available on many platforms, but as a Chossid who always recalls the Rebbe’s words “ana nasiv malka,” you will surely make your way to purchase the newest release of the Rebbe’s Torah:

It is the perfect gift for Anash Shluchim and bochurim, as we prepare to mark a new “Shnas Hashiv’im” marking seventy years of the Rebbe’s leadership. Remarkably, the year 5732 is the same kvius as this year, 5780, and Mashpiim and Rabbanim have encouraged Chassidim to study the Sichos and Maamarim throughout the year.

The release has come just in time for Shabbos Parshas Vayigash; grab the Sefer of the shelf and begin learning!

A rare ksav yad is included in the beginning of the new Sefer: a picture of the Rebbe’s personal notes before reciting Basi Legani on Yud Shevat that year.

Twelve Maamarim are included in the Sefer, four of which were mugah by the Rebbe over the years. Unfortunately, one Maamar of that period is still missing: “Zachor,” from Shabbos Zachor 5732. No trace of the Maamar could be found; if any readers have a lead to a transcript, they are requested to reach out to Lahak Hanachos, so that it could be included in a future edition.

The new Sefer is available in Kehos of the United States and Eretz Yisrael, and in other Judaica stores. It is also available online, at www.lahak.org/shop