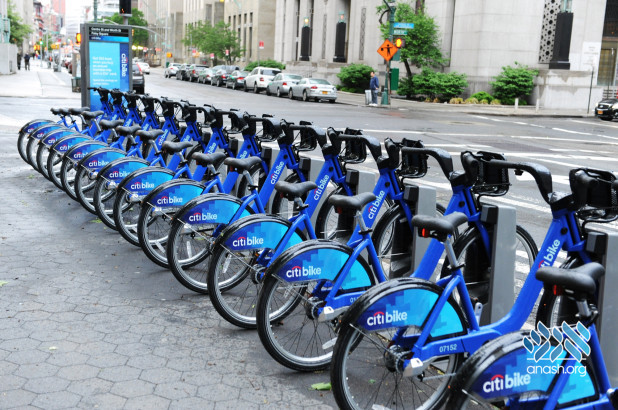 Mayor Bill de Blasio said on Wednesday that he is mulling the idea of creating a requirement for bike riders to have a license, calling it a “valid discussion,” and is also thinking about forcing people who rent Citi Bikes to wear helmets.

“We have to think about what’s going to be safe for people first, but also what’s going to work,” de Blasio said about the helmets. “Is it something we could actually enforce effectively? Would it discourage people from riding bikes? I care first and foremost about safety.”

Regardless of whether these ideas become reality, de Blasio is also planning on cracking down on cyclists who violate traffic laws. “We are going to keep expanding enforcement on bicycles as well, because we still have a lot of bike riders who have to remember they have to follow the rules,” de Blasio said.

But Council Speaker Corey Johnson expressed his disagreement. “I’m all about safety, but we need to be encouraging cycling, not creating obstacles,” Johnson said in a tweet. “These ideas won’t help us increase bike riding in NYC.”