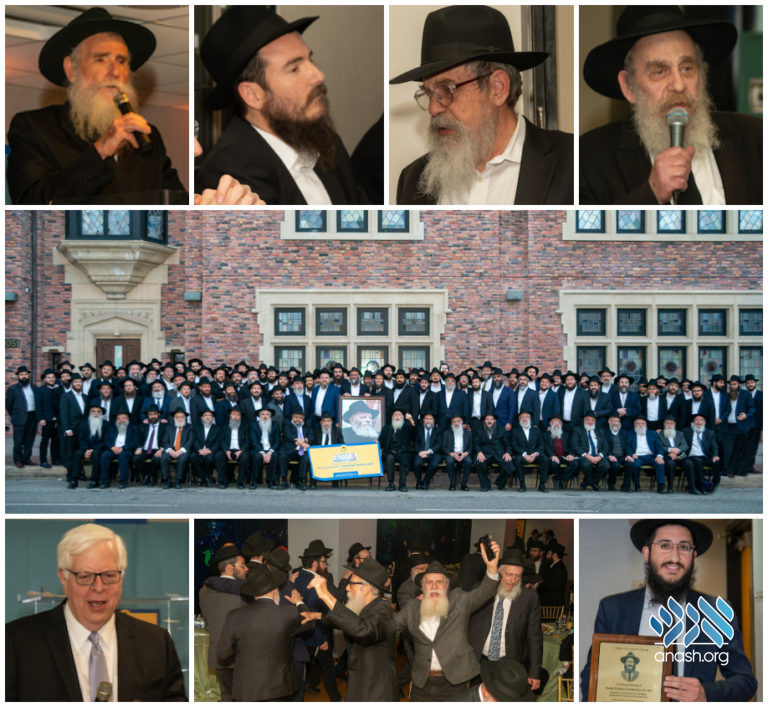 The 48th annual West Coast Kinus brought together hundreds of shluchim to celebrate the growth of Chabad in California and neighboring states.

The 48th Annual West Coast Chabad Kinnus HaShluchim was held Sunday, Adar 5, 5780 (March 1, 2020) in the Bais Chaya Mushka Girls School located at the Rabbi Schneerson Square in Los Angeles, CA,  with Shluchim from all over California and Nevada participating. The Kinnus was dedicated to the memory of Rabbi Tzemach Yehoshua Cunin a”h.

Rabbi Cunin asked the Rebbe then about making a Kinnus for the local Shluchim and the Rebbe approved it. In fact, this was the first Kinnus of any Shluchim and later, based on the Rebbe’s instructions, Rabbi Cunin was instrumental in bringing about the first (and now famous) International Kinnus Hashluchim in New York.

Sunday’s Kinnus highlighted in a very powerful way the special unity of the West Coast Shluchim, young and old, new and veteran and that the West Coast has been, and continues to be, a trailblazer in Shlichos.

The afternoon sessions covered fundraising with Rabbi Elazer Green from Lancaster, PA, the kach in Limmud Torah that the Rebbe demanded with Rabbi Efram Mintz of JLI and Halachic standards of Schlichus with Rabbi Ezra Binyomin Schochet, Rosh Yeshiva YOEC. Rabbi Schochet emphasized that Shluchim of the Rebbe cannot compromise Halacha. Rabbi Cunin recalled the various answers Chabad West Coast received from the Rebbe stressing just that point such as the Rebbe’s directive about no mixed-seating at Chabad events.

The dinner was emceed by Rabbi Yeruchim Eilfort of Chabad of La Costa with a special guest speaker Dennis Prager who is an author, radio host and host of Chabad’s annual Telethon. Among what he said is that people around the world look to Chabad as the banner carriers of Torah and Yiddishkeit.

During the evening, a campaign for the writing of a ספר תורה הכללי in the memory of Rabbi Tzemach Yehoshua Cunin a”h was launched.