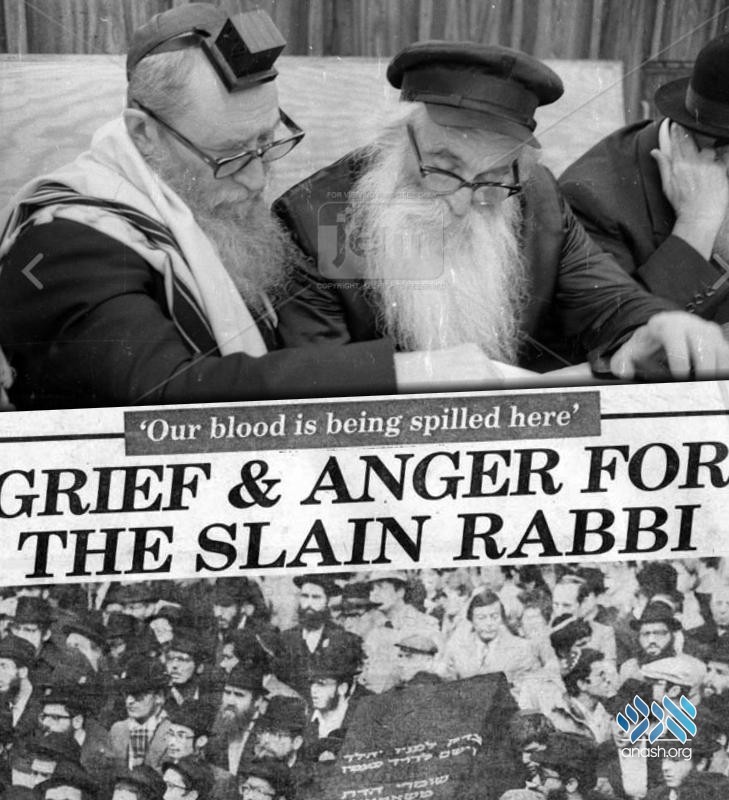 This week will mark the 42nd yahrzeit of Rabbi Dovid Okunov, who was brutally gunned down at the age of 68 on his way to the morning shachris service on Montgomery Street in Crown Heights.

A Kiddush will be held this Shabbos at FREE Shul in Crown Heights to mark the 42nd Yartzeit of the Chossid Rabbi Dovid Okunov obm. All are welcome.

This week will mark the 42nd yahrzeit of Rabbi Dovid Okunov, who was brutally gunned down at the age of 68 on his way to the morning shachris service on Montgomery Street in Crown Heights.

On Thursday, October 25, 1979 (Daled Cheshvan) at 7 a.m., Reb Dovid, as he was affectionately known, was shot in the head with one bullet. A much-beloved Torah teacher and community worker, Reb Dovid died at the scene. The entire Lubavitch community and Jews in New York were in a state of shock when the murder story appeared in the New York Times and Daily News.

Days after the killing, an African-American teenager, Caroll Miller of Crown Heights, was arrested and jailed. Police classified the murder motive as a robbery and not as a racist incident. He was tried and sentenced to 22 years on charges of premeditated murder.

The story of Dovid Okunov is the story of a Lubavitch hero who embodied some of the basic elements of what has made the movement tick and propelled it to grow. Born in 1911 in Ukraine during the primacy of the 5th Lubavitcher Rebbe, Rabbi Sholom Dovber Schneersohn, young Dovid from childhood on displayed an irrepressible devotion and love of Yiddishkeit.

At age 13, after his bar mitzvah, he insisted on studying at the underground Tomchei Temimim Yeshiva in Kremenchuk, Ukraine, which was organized by the previous Rebbe.

Dovid’s parents objected; times were dangerous. So Dovid mounted a hunger strike for two days and his parents relented. The yeshiva, running counter to everything the new Communist regime stood for, taught him gemarah, halacha, Jewish history and bolstered his readiness to show a mesirat nefesh, a self-sacrifice, for Judaism.

Years later, in 1964, the Rebbe returned a letter to Reb Dovid in which he signed off as M. Zeide. The Rebbe did it so as not to endanger Reb Dovid. Reb Dovid addressed the Rebbe as “Zeide” because the KGB, the Communist secret police, was aware of Rabbi Schneerson in America. Any affiliation with religion was strictly forbidden and interception and censoring of mail was routine. In his letter, the Rebbe alluded to Reb Dovid leaving Russia. He wrote to him in Russian:

The Okunov’s were uprooted and forced to move several times under the Communist ban on religion. They chose Asian cities like Tashkent and later Samarkand, both of which had small Jewish, even Lubavitch communities. The Communist officials in Asia were more lenient on the populace than their counterparts in European cities. Yet the KGB learned that Reb Dovid was a follower of Rabbi Schneersohn in America and that was considered a good reason for arrest, trial and imprisonment in Siberia.

The Soviet secret police came to Tashkent in 1947 to arrest Reb Dovid. They knocked on his door, but he was not home at the time. Rabbi Zeev-Volf Sirota, a concerned neighbor, and friend who noticed that the KGB was after him, went to the city to find Reb Dovid. Finding him at work, they notified him that the KGB was at his door. Reb Dovid took no chances and sent a message to his wife through Rabbi Sirota to notify her that he would not be coming home and that he was taking the next train to Ukraine to visit his parents. Reb Dovid left immediately and his wife joined him shortly afterward. After a few days of visiting his home, the KGB temporarily gave up their search.