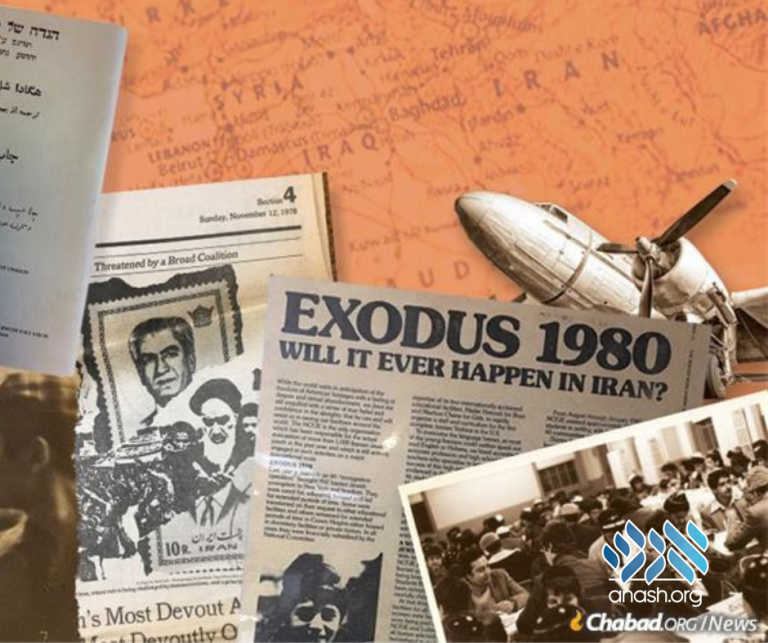 40 years ago at the peak of the Islamic revolution in Iran, Lubavitch initiated a major rescue effort which ultimately saved 1,800 Iranian Jewish children.

Operation Exodus, the Chabad effort that saved 1,800 Iranian Jewish children, took place exactly forty years ago. Spearheaded by Rabbi J.J. Hecht and encouraged every step of the way by the Rebbe, the operation saved the children from the dangerous revolutionist climate in Iranby bringing them to the U.S.

The Islamic revolution of 1979 in Iran saw the overthrow of the Shah and the Islamist seizure of power. Violence roiled the streets. Threats against Jews were followed by the arrest and murder of leaders in the Jewish community. As the ground shifted under their feet, Persian Jews desperately sought avenues of escape, especially for their children.

At that time, there were some Chabad students in Iran sent by the Rebbe for a short stint to strengthen Jewish infrastructure and observance in Iran. As the situation turned grave for the Jews, many community members came to the students asking for help. They, in turn, contacted Rabbi J.J. (Yaakov Yehudah) Hecht who, at the behest of the Rebbe, and under his constant direction, gathered a team and began a salvation effort.

The team gathered funds, arranged visas and transport to bring the children to safer shores, and cared for them once they arrived. When the children arrived, they stayed in the Chabad community of Crown Heights for many months.

Aside from his behind the scenes direction, the Rebbe paid the children close personal attention. On Purim of 1979, the Rebbe famously had the Persian children seated together in a place of prominence at a farbrengen. He also presented them each with a personal mishloach manos, the customary Purim food gift package, and on Pesach, he visited their Seder, ensuring that they had everything they needed.

Read a comprehensive overview of Operation Exodus by Dovid Margolin Here on Chabad.org.

JEM’s My Encounter interviewed many people who were involved in Operation Exodus, and presented here is a story from Moshe Chayempour, who was involved in the rescue efforts, regarding the interest and care the Rebbe took in these Persian children.