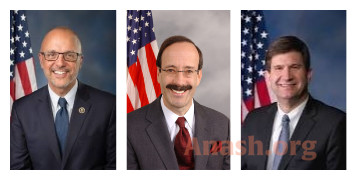 Four Jewish House Democrats known for their ties to AIPAC warned Israel not to annex West Bank territory days after Prime Minister Benjamin Netanyahu’s election-eve pledge to do that.

The statement by Reps. Eliot Engel and Nita Lowey, both D-N.Y., Ted Deutch, D-Fla. and Brad Schneider, D-Ill., did not name Netanyahu, but alluded to his pledge that he would extend Israeli law to Jewish settlements in the West Bank — even those in remote areas that would diminish the prospects of a contiguous Palestinian state. Netanyahu won Tuesday’s elections.

The statement signaled a warning from the party’s most pro-Israel wing that retreating from the two-state solution would be catastrophic for efforts to maintain close ties between Democrats and Israel. There is an emerging argument among Democrats on whether to become more sharply critical of Israel under Netanyahu.

“As strong, life-long supporters of Israel, a U.S.-Israel relationship rooted in our shared values, and the two-state solution, we are greatly concerned by the possibility of Israel taking unilateral steps to annex the West Bank,” the statement released early Friday said.