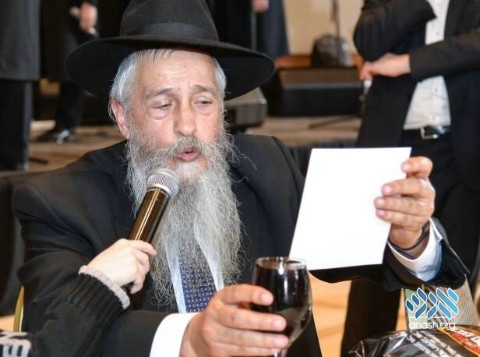 A Ukrainian court in Zhitomir, handed down four prison sentences for the deadly assault on Rabbi Mendel Deitsch hy”d three years ago.

Two Ukrainian men received jail sentences of nine and eleven years, respectively. Another two women — who were minors at the time of the attack — were jailed for seven years over the killing.

Rabbi Deitsch was attacked at the central train station in the city of Zhitomir after spending Rosh Hashanah in Haditch. He was discovered the next morning and was admitted to the intensive-care unit at a regional hospital, where he was diagnosed with multiple head injuries and brain trauma.

He underwent emergency surgery in Zhitomir while his family in Israel urgently worked with the Israeli government and emergency-services organizations to arrange an airlift to Tel Hashomer hospital in Ramat Gan.

Deitsch had been active in strengthening Jewish life in the former Soviet Union for many years, and was a central organizer of hospitality and programming at the Ohel of the Alter Rebbe, in Haditch, Ukraine.