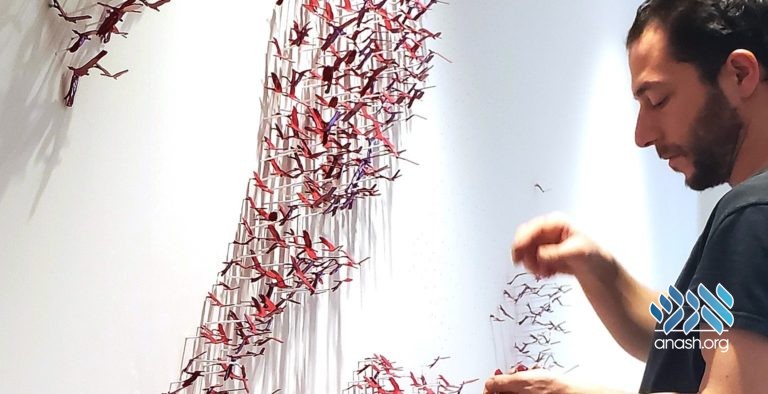 Chabad of Parkland has commissioned a sculptor to honor the memories of the lives lost two years ago in the horrific Parkland high school shooting.

February 14th is a loaded date in the Parkland, Florida community. It was on that day in 2018 that a gunman opened fire at the Marjory Stoneman Douglas High School, killing 17 people, many of them Jewish.

To commemorate the lives lost in the horrific event, Chabad of Parkland commissioned world-renowned artist and sculptor Joel Amit from Eretz Yisroel to create a sculpture with a unique meaning.

Joel has sculpted 3,320 eagles, representing every Marjory Stoneman Douglas student who was affected by February 14th. These eagles form the shape of 17 Eagles that are soaring to heaven through a heart.

The one of a kind MSD Eagles Nesher Memorial will be proudly mounted in the lobby of the Michael & Betsy Brauser Chabad of Parkland Center for Jewish Life.

This masterpiece will be completed and unveiled by Joel in a special ceremony on Thursday, February 13 on the eve of the second anniversary.