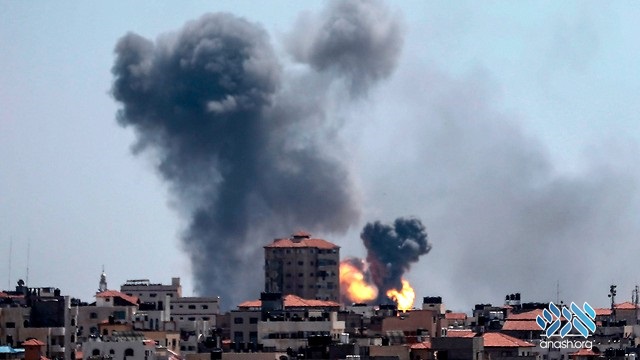 Sirens could be heard throughout southern Israel as rockets continue to rain down on Israeli towns. The Iron Dome has intercepted more than 170 of the over 650 rockets fired during the last day. Just in the hour over 200 rockets were fired at towns near the border.

Israel has retaliated to these attacks by destroying the Gazan Ministry of Public Security among other terror targets. Additionally the IAF as eliminated a senior terrorist in a targeted strike.

A man in Ashkelon was killed when a rocket hit his car, bringing the total of Israelis murdered in the last day to 4.