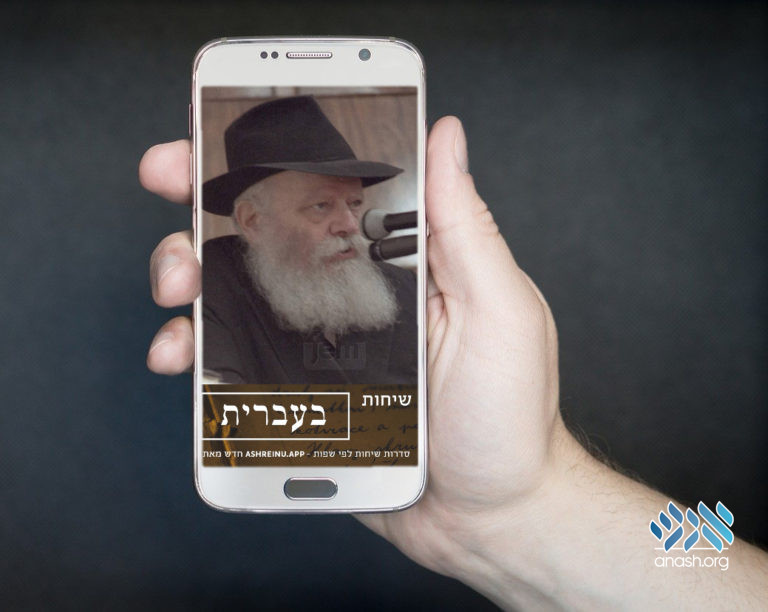 A series of new playlists on Ashreinu curates the Sichos and audiences during which the Rebbe spoke in English, Russian, Hebrew and French.

A series of new playlists on ashreinu.app curating the Sichos and audiences with the Rebbe in a selection of languages widens the audience of listeners who can now satisfy their thirst to understand the Rebbe’s words directly.

English messages to groups of guests or private audiences, as well as conversations with individuals or groups of students, can be heard on the English playlist.

Hear the Rebbe interact with a group of students who presented him with a model of the Beis Hamikdash.

On a total of 9 occasions captured on audio, the Rebbe surprisingly began to address Russian Jewry in their native language, switching from Yiddish generally spoken at Farbrengens. These rare moments have been collected in the Russian playlist.

At a children’s rally held on his father’s birthday, the Rebbe tells of his father’s insistence of the government officials for the right to bake Matzah according to Halacha. Addressing the children trapped behind the iron curtain, the Rebbe teaches that they must demand from the communist government their religious freedoms.

After the Rebbe stopped receiving individuals for private audience, the practice of Yechidus Klolis was instituted. Following any major event in the Rebbe’s presence, groups of guests would have the opportunity to receive a parting blessing from the Rebbe. 14 groups of French guests had this special merit between 1982 – 1983, and these occasions are gathered in the French playlist.

At a general audience following Yud Shevat, the Rebbe blesses the assembled with a timely blessing for the Geulah as the days of Purim and Pesach approach.

Similarly, the Hebrew playlist highlights audiences with groups of guests from Eretz Yisrael. Other conversations with visiting Rabbonim are also included here, and a special talk to the wounded soldiers from Israel’s defense force, when the Rebbe suggested that their group be named “exceptional soldiers” in place of “handicapped soldiers”.

Much appreciation to Mendy Azimov, Dovid Barodo, Reouven Halimi, Dovid Lokshin, Mendy Marosow and Mendel Rabinowitz for their assistance in preparing this material.