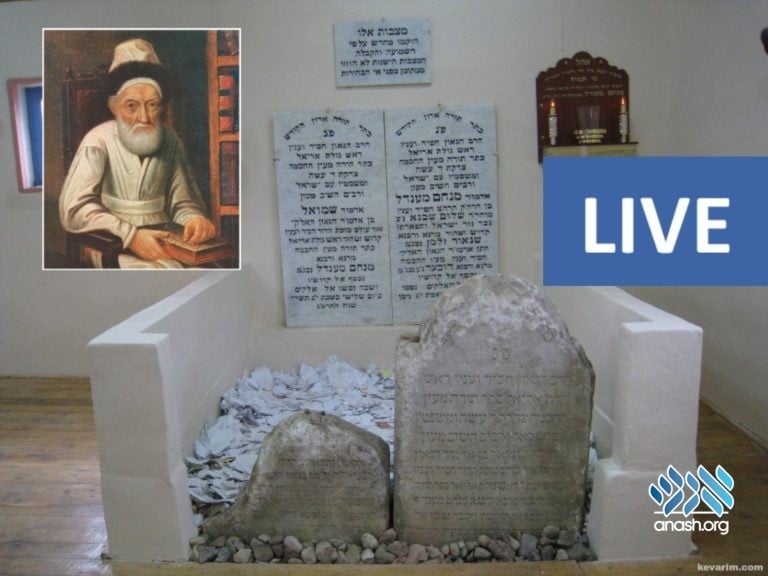 A live feed will be broadcast of a visit to the Tzemach Tzedek’s Ohel on his 154th yahrtzeit on behalf of chassidim around the world.

A small group of Chassidim will be traveling tomorrow, Yud Gimmel Nissan, to the town of Lubavitch to visit the Ohel of the Tzemach Tzedek on his 154th yahrtzeit.

Due to ongoing restrictions on travel, Shliach Rabbi Gavriel Gordon who also manages the holy sites in Lubavitch, made sure that a group would be going this year as well, and will represent all of us at the tziyun.

The broadcast will take place at 11:00 am Lubavitch time – 4:00 am NY time. The broadcast is arranged by Igud Mesivtos ViYeshivos.