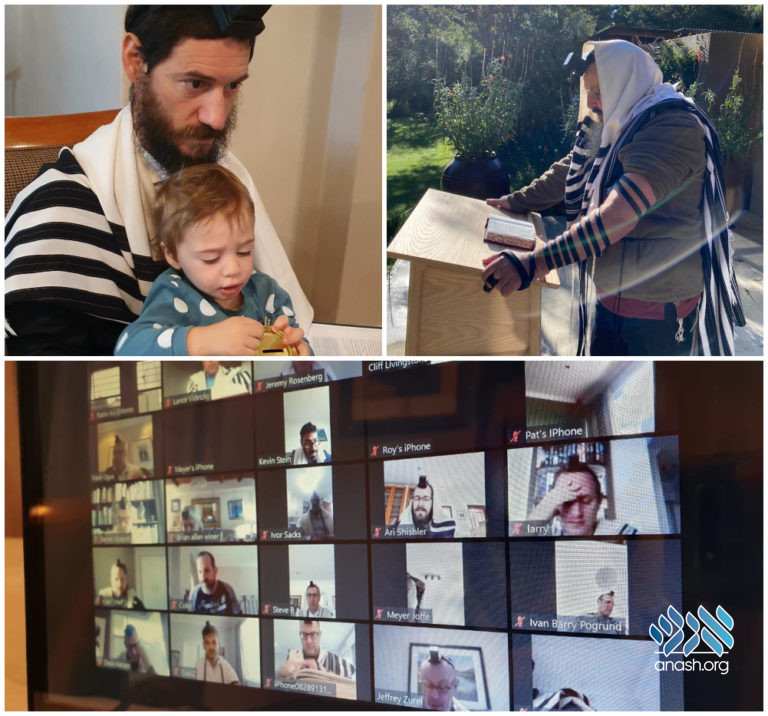 118 Cape Town men came together virtually to put on Tefillin and mark the 118th birthday of the Rebbe with a farbrengen with Cape Town shluchim and Rabbi Berel Lazar. Many of them committed to putting on Tefillin daily.

In the early 1980s the Rebbe asked Mr. David Chase, a prominent businessman and supporter of Lubavitch, for a birthday present; to begin laying Tefilin every day.

Today, on the Rebbe’s 118th birthday, 118 Jewish men in Cape Town answered the Rebbe’s call and joined together in laying Tefilin and saying the Shema, and with many of them committing to laying Tefilin every day for the duration of the National Lockdown in South Africa, and a few even taking on to actually start putting on every day.

Organized by the ten Shluchim of Cape Town under the leadership of Rabbi Mendel Popack whom the Rebbe sent there in 1976, the short morning program began with the recital of the Rebbe’s new Kapital led by Rabbi Levi Popack, the giving of Tzedoko (for Maos Chitim as the Rebbe would always encourage at the Yud Alef Nissan Farbrengens) and recital of  Shema led by Rabbi Oshy Deren, and with that the historic gathering quickly evolved into a “mini Breakfast Farbrengen.”

First was a beautiful video with Mr. Chase describing the story of his relationship with the Rebbe and the birthday gift interspersed with the well known Sicha of the Rebbe talking about the influence that his laying Tefillin on the Yacht had on the Captain, and the lesson we should all learn from that.

Special Guest Speaker Chief Rabbi of Russia Rabbi Berel Lazar then joined the Farbrengen live from Moscow with a powerful “Gut Yom Tov” leading into words of inspiration taken from the Hayom Yom of Yud Alef Nissan where the Rebbe tells us that “self-quaräntine” – “lehisboded” is not a bad thing, on the contrary, we must use it as a time to reflect and better ourselves, especially using out the special power that we get from connecting to the Rebbe.

He emphasized this point further with a beautiful story of a Yid who was once stuck somewhere away from his family because of a snow-storm that disrupted his connecting flight plan on the way home and the encouraging answer he received from the Rebbe that wherever he is, there is a specific purpose for which Hashem put him there, notwithstanding the sacrifice this took from him and his family, and that he must find what the purpose – just as we have a purpose in the shifting dynamics of our world today.

The program concluded with a Mi Shebeirach prayer led by Rabbi Dovid Wineberg for the merit of the thousands of souls around the world in need of recovery, with a special mention for fellow Shliach in South Africa Rabbi Mendel Liberow who Boruch Hashem has been making a slow recovery but is still in need of a Refuah Shleima, that he, and all of Klal Yisroel and the entire world should merit in the Zchus of our Torah, Tefilah and Tzedoko to be healed with a complete recovery, and together we should celebrate the end of the Golus, so that we can have a proper Minyan, Davening together, with Moshiach Tzidkeinu – Gut Yom Tov!