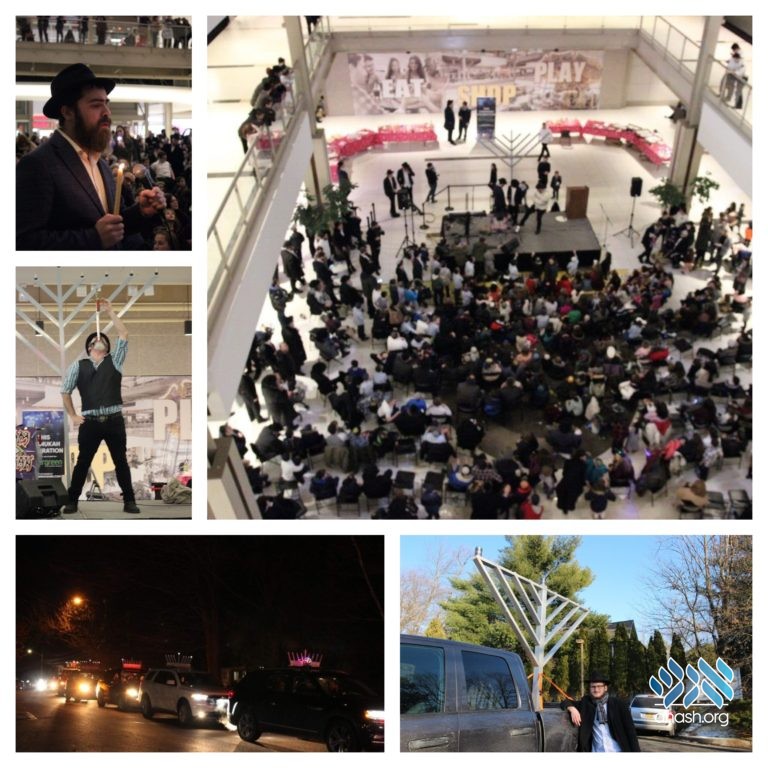 A record-breaking menorah parade of close to a hundred cars took place in Monsey this Chanukah, followed by a Tzivos Hashem rally and Menorah lighting.

A record-breaking menorah parade of close to a hundred cars took place in Monsey this Chanukah, organized by the shluchim to Mesivta Lubavitch of Monsey.

The parade was was led by a brigade of motorcycles and trailed by a LED billboard truck which circled Monsey for hours before, inviting the whole community to the event.

The procession departed from Tzemach Tzedek shul, heading to the Palisades Center. Upon arrival, the program began with Chanukah-themed refreshments, the 12 Pesukim recited by chayolim and chayalos, followed by the lighting of the menorah attended by 500 people! This is the 15th year the mesivta has been organizing this parade and the third year in the Palisades Center, creating an incredible pirsumei nisa.

Shliach Avremy Hershkop got the crowd up and dancing to his live music, and the crowd was awed by magician and escape artist Adam Realman.

The event was made possible by Evergreen Kosher Market and the Anash community and graciously hosted by the Palisades Center.

This parade was a project of the shluchim to Mesivta Lubavitch of Monsey under the leadership of Rabbi Sender Lustig and Rabbi Moshe Liberow and was spearheaded by shluchim Shmuel Dubinsky, Shneur Polter and Shmuly Feiner.