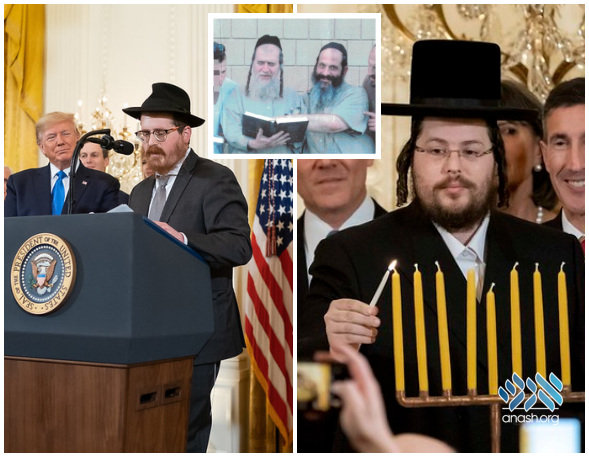 Rabbi Moshe Margareten and Rabbi Zvi Boyarsky succeded in having an ICE detainer for Mordechai Samet removed, making him eligible for early release under the First Step Act.

Federal immigration authorities have removed a major obstacle that had been preventing the release of Mordechai Samet, an Israeli citizen serving a 27-year prison sentence in the United States for insurance fraud.

The Immigration and Customs Enforcement service on Thursday removed a detainer, a legal designation that required them to deport him upon his freedom from prison. That opened the way for Samet to apply for early release under the new First Step Act signed by President Trump last year.

Samet has been in prison for 20 years already for a crime that legal experts and elected officials have said did not fit the punishment. A green card holder, he had his naturalization removed upon his conviction, making him eligible for deportation whenever he emerges from prison. That would separate him from his wife, children and grandchildren, all of whom live in New York.

Reinforcing the message that this was a crime in which the victims did not actually lose money, a letter was signed by all his victims requesting clemency for his actions by Trump.

Six former attorneys general and nearly a dozen congressmen have also called for Trump to grant clemency. But the family has been wary of that path, since most people getting clemency — as opposed to a full pardon — are banned permanently from the country.

Rabbi Moshe Margareten of the Tzeddek Association, who has worked on the case for the past year, said that they’ve tried getting a judge to remove the ICE detainer but they were rejected multiple times. The only solution, they felt, was for ICE to issue a stay of removal, meaning they would choose not to deport him.

Along with Rabbi Zvi Boyarsky of the Aleph Institute, advocates arranged a meeting with ICE officials and the negotiations began. ICE did not want to give a formal stay of removal but agreed to a deal that would allow Samet to remain in the country upon release.

That designation came on Thursday. Rabbi Margareten emailed Samet and told him to call as soon as he saw the email. He called the next morning, and was instructed to immediately apply for early release under the First Step Act, which allows U.S. citizens over 60 to get out. Samet turns 60 at the end of the summer.

Samet will be transferred to a camp in the next few days, and will have to submit to home confinement upon his release, but will be able to go about his regular business during the day.

“At the end of the summer,” Rabbi Margareten said, “when everyone comes home from camp, he’ll also IY”H be coming home.”